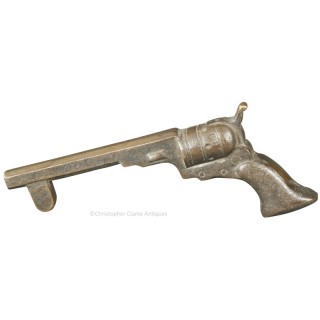 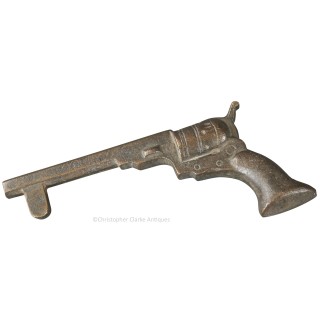 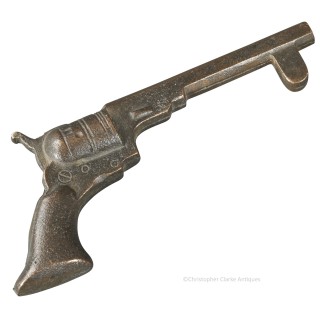 The paperweight has taken on a dark patina, and you would be forgiven for believing it to be made of iron. A casting seam runs down the length of the underside and has been filed down to the topside. The back of the grip has been crudely chased to remove the pouring line. Although a little crude in its casting, the pistol does have some detail which lifts it. The end of the barrel has been cast with an additional part perhaps to help aid the pistol to stand, although not very successfully.

The Paterson Percussion Revolver was patented by Samuel Colt in 1836 and was innovative as the first repeating pistol. We are unsure who produced this paperweight but perhaps it was Colt to promote their pistols. Late 19th Century.