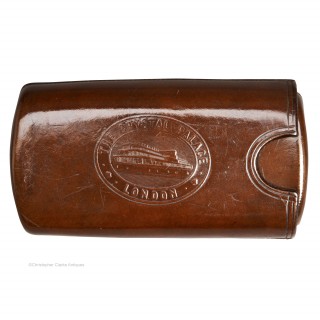 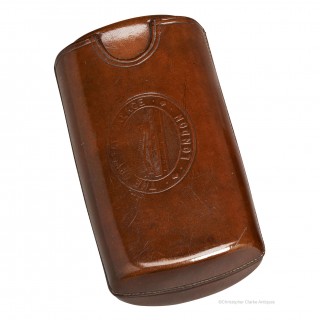 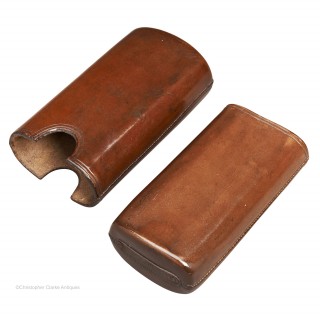 A leather hide Cigar Case embossed with a cartouche of the Crystal Palace. The case has a match striker to one end and a raised seam. The Crystal Palace was designed by Sir Joseph Paxton and built in Hyde Park to house the Great Exhibition of 1851. The building was considered a wonder at the time and after the Exhibition was rebuilt in Sydneham Hill, south London. A number of souvenirs were produced celebrating the Crystal Place and we have also seen silver and papier-mache cigar cases. Mid 19th Century.