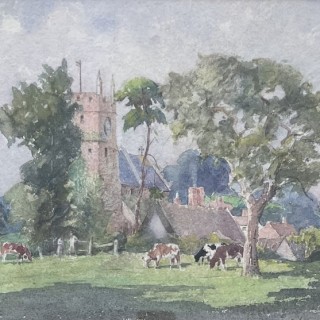 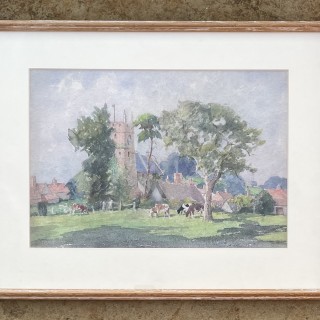 Edith Mary Garner was a painter and etcher born at Wasperton Hill, near Warwick in 1881. She studied at the Slade School and in Paris and Italy. She was the second wife of the artist William Lee Hankey. She exhibited at the Royal Academy, Royal Institute of Painters in Oils and Walkers Gallery, London.

The village of Cubbington is near to Leamington Spa, Warwickshire. Jane Austen’s brother James was vicar of St Mary’s between 1792 and 1820, but never visited the village as he lived in Hampshire where he was also vicar of Steventon. He employed a curate to perform the vicar’s duties at Cubbington.