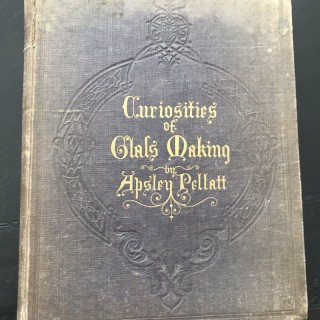 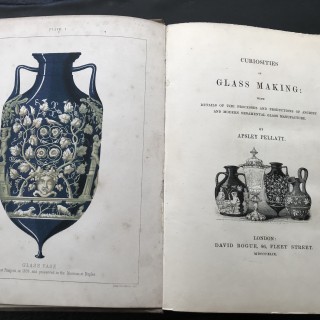 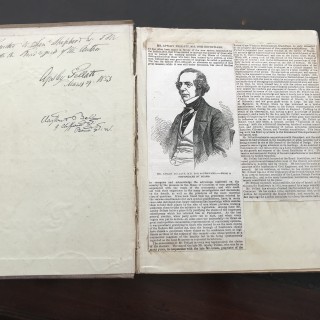 Signed by the author.

Apsley Pellatt was born in 1791. His father (who had the same name) founded the family glass making business when he bought the Falcon glassworks in Blackfriars. Apsley (junior) joined the firm in 1811, taking it over on his father’s death. Pellatt was particularly interested in the chemistry of glass-making. In 1819, he took out his first patent for the manufacture of “sulfides” or Cameo Incrustations. The process involved the embedding of ceramic figurines into the glass sides of paperweights, jugs, decanters, etc., by cutting a hole in the hot glass, sliding in the insert, and resealing the glass afterward. Pellatt became the most famous and successful producers of sulfides in England from 1819 to the mid-century rivalled only by Baccarat in France.