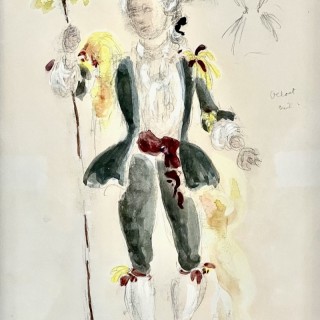 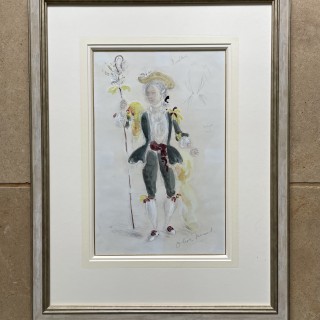 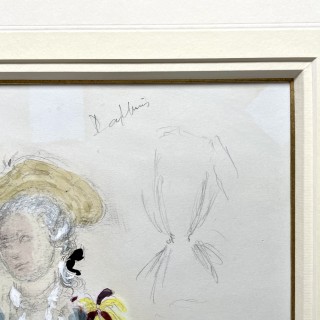 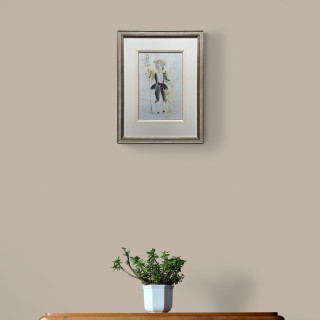 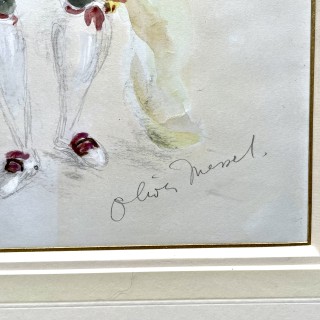 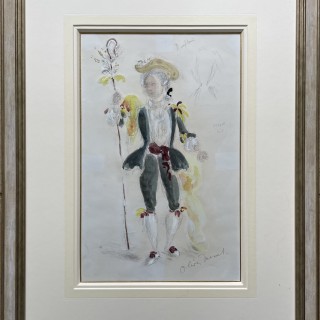 Tchaikovsky’s The Queen of Spades was presented for the first time at the Royal Opera House by the Covent Garden Opera Trust on 21 December 1950. Messel had worked on the film version a year earlier. He produced colourful and extravagant sets and costumes which contributed to the eerie and fantastic atmosphere of the opera, about a Countess who has sold her soul in order to win at cards. In Act II there is a ballroom scene in which a Baroque pastorale tableau is performed by the shepherd and shepherdesses, Daphnis and Cleo. This costume design is for Daphnis in this section of the opera.

Born in London, Messel was the grandson of the illustrator Linley Sambourne. After Eton he studied art at the Slade School of Art and by the early 1930s had established himself as one of Britain’s principal stage designers. Initially working for the Cochran Revues, he went on to design for many theatrical, operatic, ballet and film productions. His books included Stage Designs and Costumes, 1933; Designs for A Midsummer Night’s Dream, 1957 and Delightful Food, 1958. He exhibited at the Leicester Galleries and Redfern Gallery and also designed interiors and gardens of the Dorchester Hotel, Flaxley Abbey, Gloucestershire and elsewhere as well as several houses and grounds in Barbados and Mustique. The Victoria & Albert Museum hold the majority of his design archives.