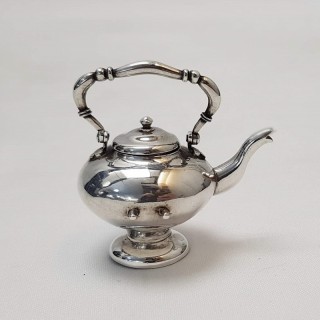 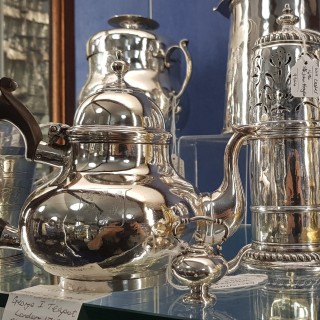 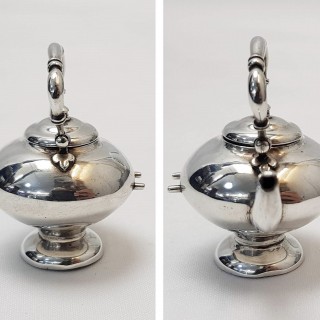 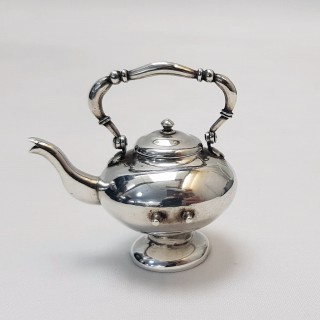 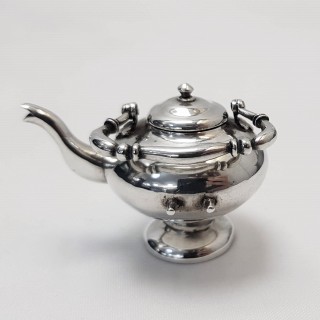 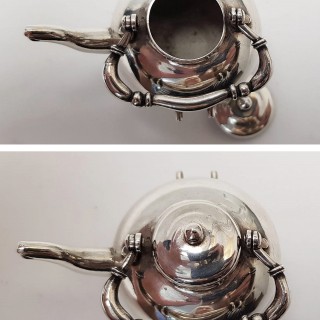 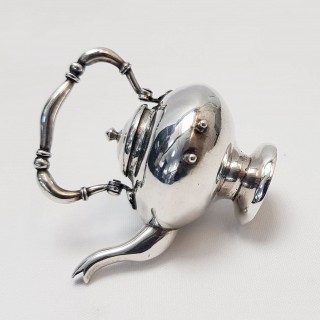 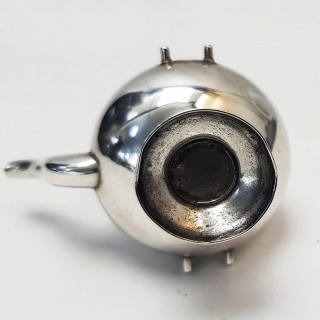 A lovely little antique silver toy hot water kettle with a pull off lid and folding handle. It looks like an exact copy of a full size original.

Silver toys in the 16th and 17th century were made predominately for the children of kings and queens. The Dutch were the leading manufacturers, their most prolific period being 1725-1750, and by then wealthy royalty, landowners and business men were buying toys for their own pleasure as well as that of their children’s. During that period England was still suffering under Puritanism and it wasn’t until the Restoration of Charles II in 1660 that silver toys were made available in this country. The earliest English silver toys date from 1665 and were made in London; it was uncommon for toys to be made in the provinces.

The little silver kettle is in very good condition.