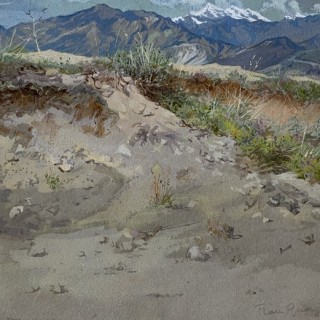 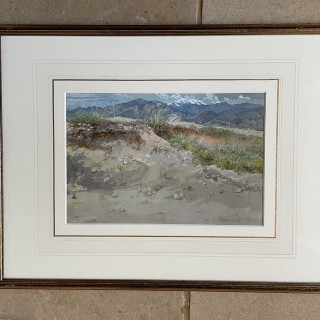 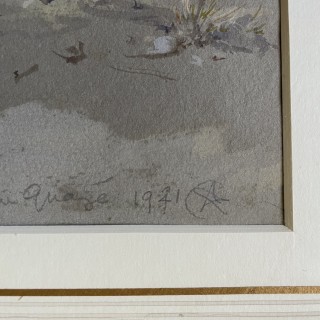 Estella Canziani was born in London, the daughter of the painter Louisa Starr and Enrico Canziani. She lived all her life in the family home at 3 Palace Green, in the grounds of Kensington Palace. She studied at the Copernicus, a Kensington school run by Sir Arthur Cope and Erskine Nichol, then at the Royal Academy Schools. She exhibited at the Royal Academy, London and in Liverpool, Milan, Venice and France. Her most famous work was a watercolour entitled The Piper of Dreams, exhibited at the Royal Academy in 1915. Reproductions of this work are said to have rivalled those of Holman Hunt’s Light of the World in popularity.

She travelled extensively throughout Europe, particularly in Italy and many of her paintings document the clothes and lifestyle of the local people living in the remote villages of Northern Italy. She published three travel books: Costumes, Traditions and Songs of Savoy (1911), Piedmont (1913) and Through the Apennines and the Lands of Abruzzi (1928). Her writings gained her membership of the Royal Geographical Society. She also published a number of articles in the Journal of the Folklore Society and her autobiography, Round About Three Palace Green, in 1939.