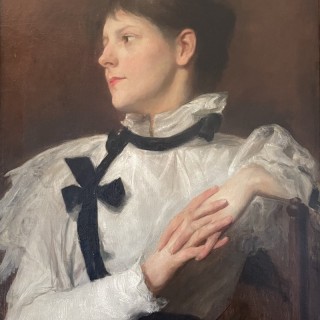 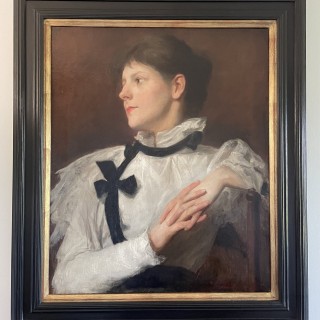 Edmund Lawrence van Someren was born in Bangalore, the son of Col Gotlieb James van Someren of the British Indian Army. He was educated at Linton House School, Worthing before studying art at the Dresden Academy and later at the Royal Academy, London, where he won Silver Medals and the Landseer Scholarship. At the outbreak of the Boer War he was commissioned into the Lancashire Fusiliers and served in South Africa. Following the war he remained in South Africa for a time where he established a school of painting in Cape Town. He returned to England in 1906 to live in Chelsea. A portrait and landscape painter, he became a regular exhibitor at the Royal Academy, New Gallery, Royal Institute of Oil Painters, Royal Society of Portrait Painters and elsewhere. In 1927 he moved to Melton House, Woodbridge where he lived for the rest of his life.