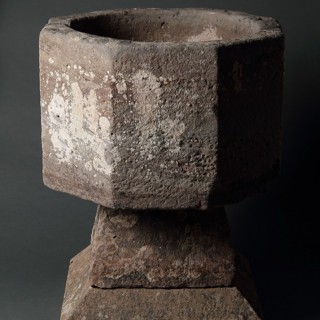 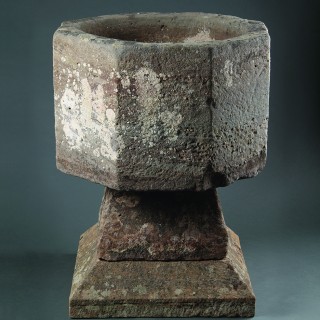 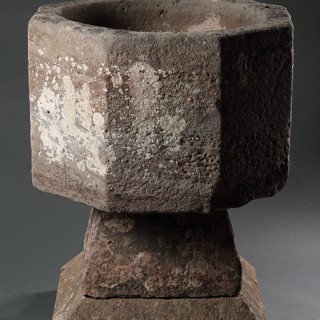 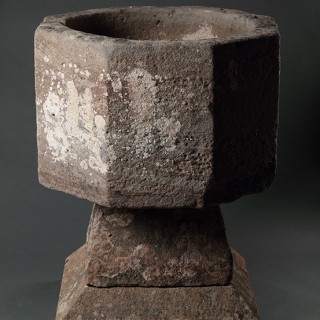 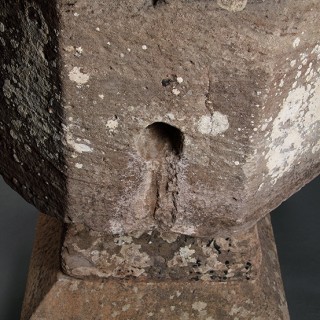 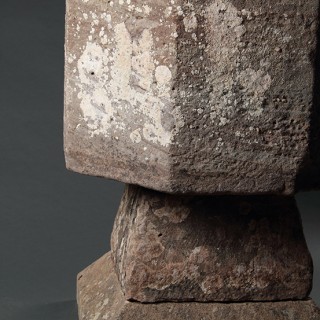 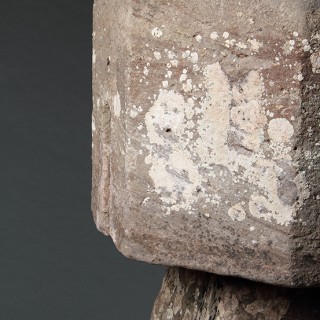 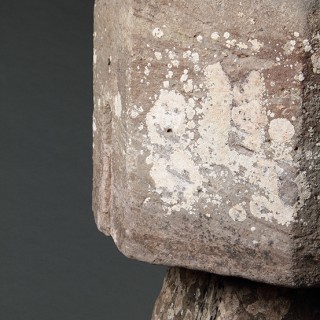 Provenance:
From the garden of a Herefordshire Vicarage the house acquired by the owners family in the 19th century
Thence by descent

Before the reign of Constantine (306 – 337 A.D) the sacrament of baptism, originally performed in flowing water, came to be administered in standing water in the domestic settings of a courtyard or privately owned bath. Subsequently with the development of Christian ecclesiastical houses, baptism was cloaked in an elaborate liturgy that required a separate room, the forerunner of the great Romanesque and Gothic baptisteries.
Early Christian fonts assumed a centralised plan of round, octagonal, hexagonal or cruciform shape. At first baptism generally meant adult immersion and as this waned infusion, the pouring or sprinkling of water, gained favour. With this changing custom and with the increasing prevalence of infant baptism, the size and form of the baptismal fonts also changed, with the medieval period witnessing a variety of forms and materials according to region and date.
The origin of stationary fonts for holy water is unclear, but it is thought that they were placed at the rear of the church near the entrance to allow those who entered to be purified by blessing themselves with the water. By the ninth century holy water was blessed as a part of the liturgy preceding Sunday Mass. This water was drawn from a ‘stitula’ or bucket and sprinkled over the altar, throughout the church and upon the congregation. The remaining water was poured into the font.