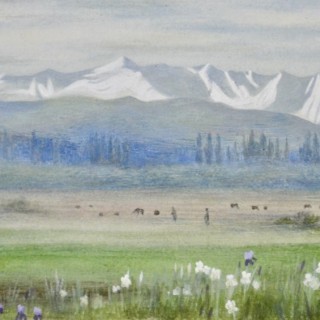 Inscribed with title on the backboard
Watercolour and bodycolour
Framed