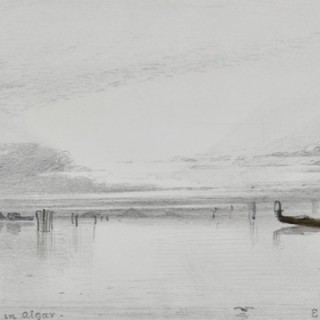 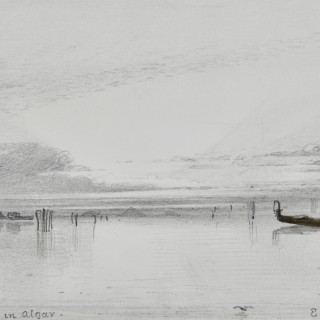 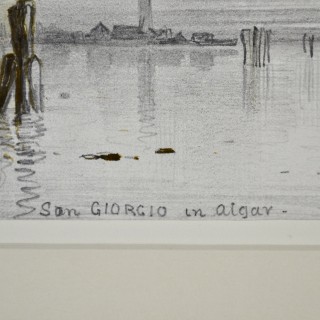 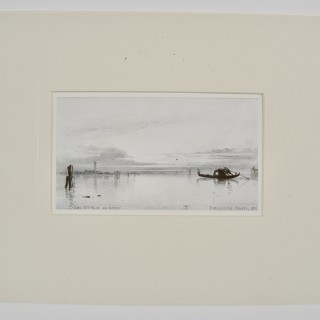 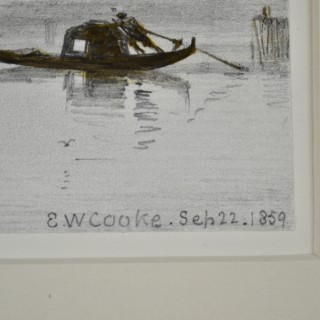 Signed, inscribed with title and dated Sep 22 1859
Pencil and watercolour, unframed, in mount only

Edward William Cooke was born in Pentonville, London, the son of the engraver George Cooke and nephew of the engraver, William Cook. A precocious draughtsman he became an accomplished engraver at an early age, showing a great fondness for marine subjects. On the encouragement of Clarkson Stanfield and David Roberts he began to paint in oils from the early 1830s, taking formal lessons from James Stark and first exhibiting at the Royal Academy and Royal Institution in 1835.