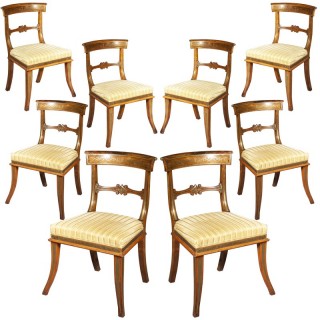 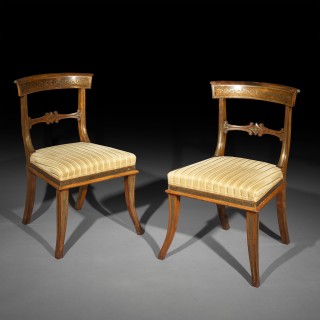 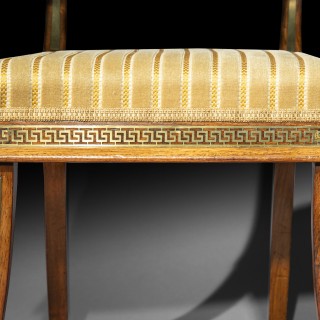 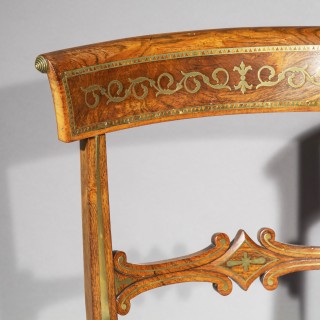 These are certainly some the most sophisticated examples of dining chairs ever produced during the Regency period, and perhaps, during the entire 19th century.

Extremely rare with this particular form of front legs, derived from the ancient Greek ‘Klismos’ seats, these chairs feature exquisite brass inlays throughout, traditionally associated with the oeuvre of George Oakley (1773-1840), one of the most prominent London furniture-makers of the early 19th century.

An identical pair is illustrated in Ronald Phillips, fine Antique English Furniture 2018, pp. 158-159.
A sofa table, with Boulle-inlays identical to the ones displayed on the backs of these chairs, is illustrated in Mallett, The age of Matthew Boulton – Masterpieces of neo-classicism, London, 2000, pp. 112-113. This sofa table belongs to a group of furniture firmly attributed to George Oakley and certainly originates from the same workshop as the present chairs. An identically decorated daybed, en-suite with the present armchair, is illustrated in the same Mallett’s catalogue, pp. 94-95.