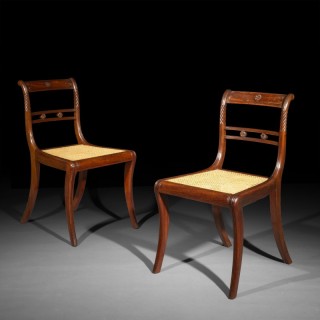 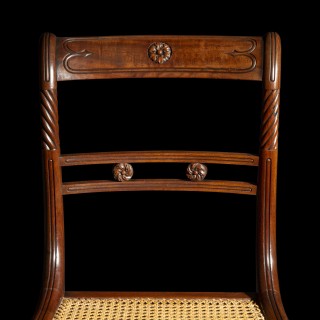 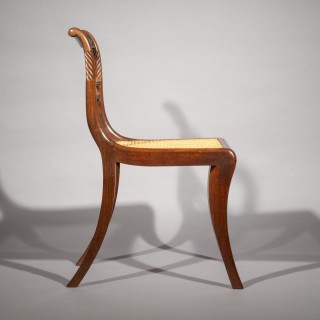 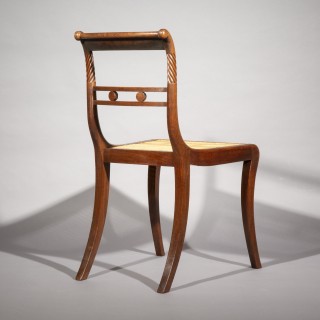 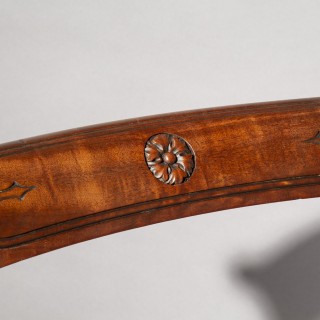 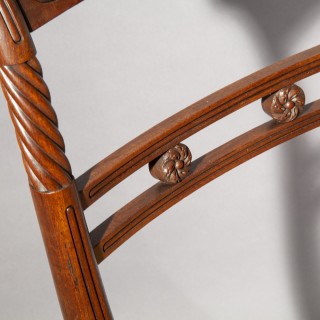 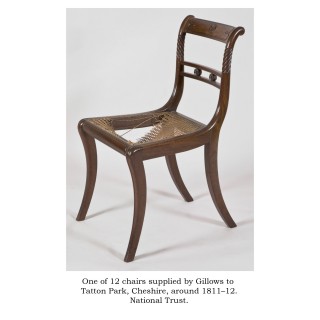 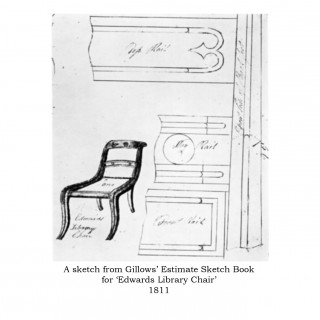 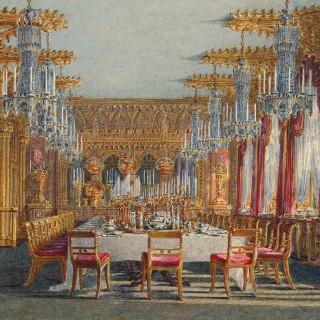 A superb quality set of 18 mahogany ‘Klismos’ chairs, attributed to Gillows of Lancaster and London.
England, circa 1810.

Why we like them
This model is one of the best designs inspired by ancient Greek ‘Klismos’ chairs. Favoured by the nobility and royalty 200+ years ago for its refined, understated elegance, it will be a very chic addition to a modern or classical interior today.

Designed in the early 19th century Grecian fashion with the frames enriched with twisted reeds and carved paterae and legs scrolled to evoke ancient Greek ‘Klismos’ chairs, introduced circa 500 BC, and revived in the late 18th century by Thomas Hope, a connoisseur and collector turned designer.

This classic Gillow model is named after the Reverend Holland Edwards of Conway, North Wales, who ordered a set of twelve in August 1811. The present chairs are virtually identical to those supplied to Wilbraham Egerton of Tatton Park, Cheshire and to Stephen Tempest of Broughton Hall, North Yorkshire, around 1811-12 (S.Stuart, Gillows of Lancaster and London 1730 – 1840, London, 2008, vol. I, pp.216-218). The design for these handsome chairs featured in Gillows 1810 Estimate Sketch Book, described as ‘neat mahogany chairs, broad scroll top rails and carved pattern let into the centre double stay rail with two carved pateras betwist, cane seats’. Virtually identical chairs were supplied to the Prince Regent, later King George IV, for the Gothic Dining Room at Carlton house. Similar chairs of this model, in giltwood, are at Buckingham Palace.