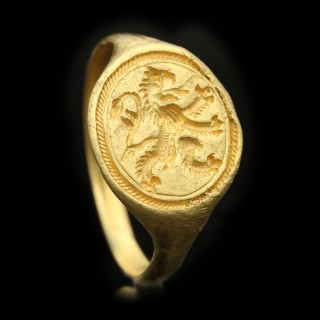 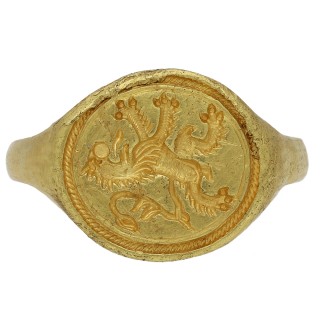 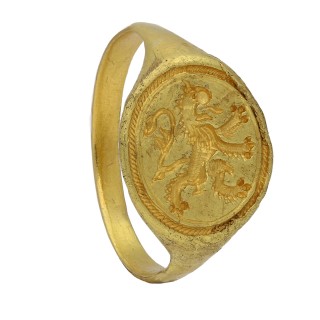 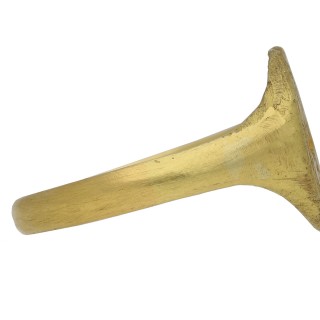 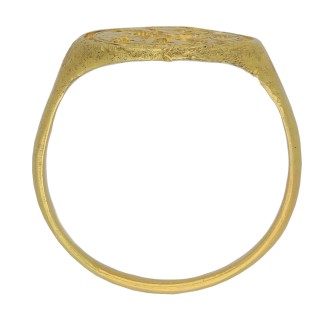 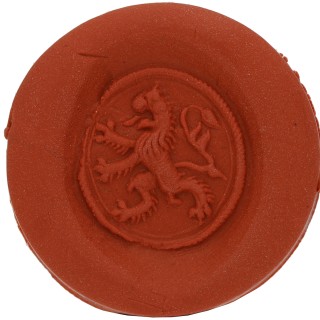 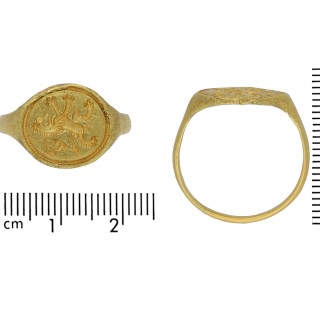 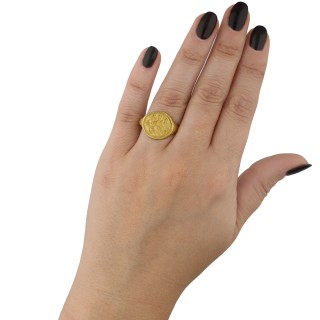 Elizabethan gold signet ring with Scottish rampant lion. A solid gold signet ring comprising of a central flat discoid bezel with a ropework border, featuring a rampant heraldic lion facing to the left with jaws open and tongue extended, flanked by broad trumpeting shoulders which flow through to a solid tapering D-shape shank, approximately 7.79 grams in weight. Tested 22 carat yellow gold, English, circa 16th century, accompanied by a museum quality impression. This ring shows exceptional craftsmanship in its engraved details and is in fine condition commensurate with its age.

The lion facing left is depicted on the Royal banner of the kings of Scotland, in use since 1222 AD in the reign of Alexander II, the single rampant lion still appears as part of the Royal arms of the United Kingdom to this day following the Act of Union between England and Scotland under Queen Anne in 1707 AD.