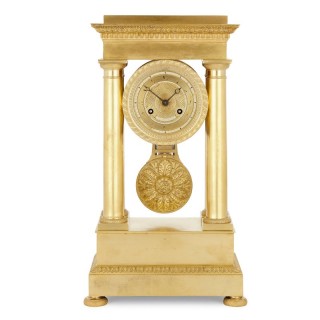 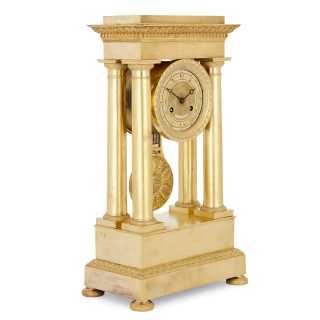 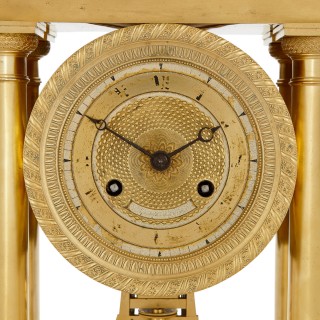 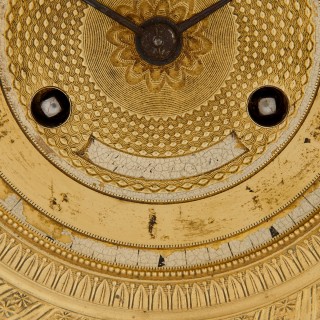 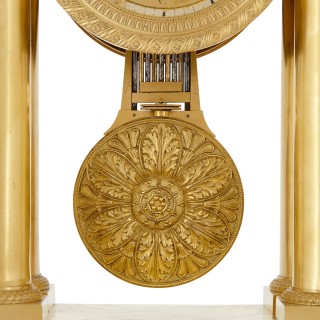 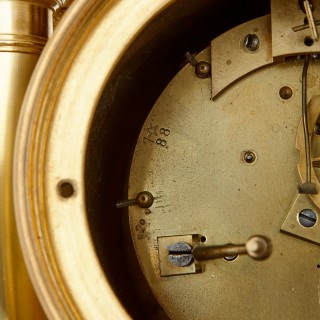 This magnificent gilt bronze (ormolu) clock was crafted in the early 19th Century, when Napoleon Bonaparte was Emperor of France (1804-14,15). It was created by the famous family of clockmakers, Lepaute. The company was established in the mid-18th Century by the brothers Jean-André and Jean-Baptiste Lepaute and remained in the family until the early 20th Century. Lepaute were well-respected clockmakers who supplied many timepieces to the royal and imperial households of France.

The design of the clock is based on a classical building. It features an entablature—with a foliate and dentil cornice—which is supported on four free-standing columns. The column shafts are smooth and the capitals and bases are laurel leaf patterned. Between the columns, there is a drum clock case which features an ornate circular dial, indistinctly signed ‘Lepaute à Paris’. The dial is decorated with beading, leaf-and-dart and foliate rope-work bands. Beneath it hangs a pendulum with a circular end decorated with a floral motif. The clock stands on a rectangular stepped base which is edged with a stiff-leaf band and set on four bun feet.