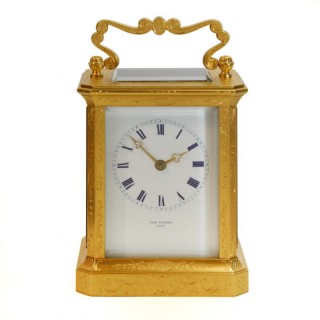 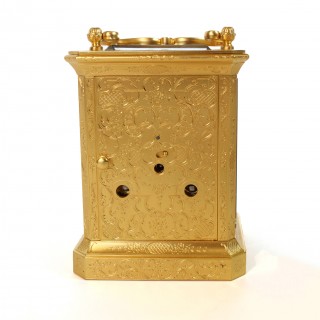 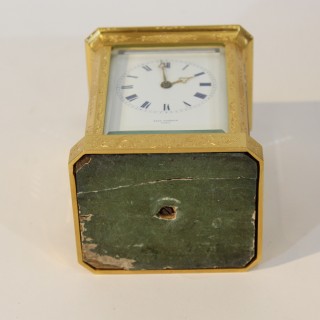 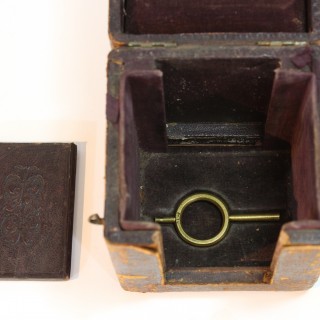 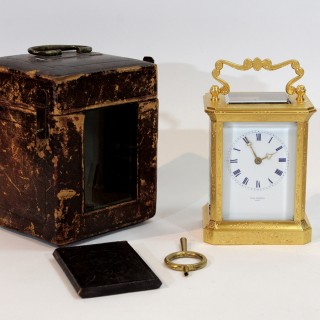 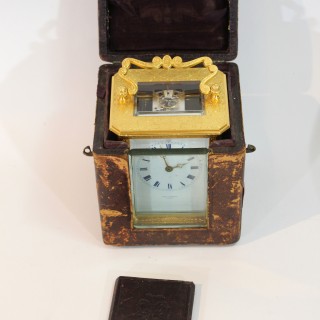 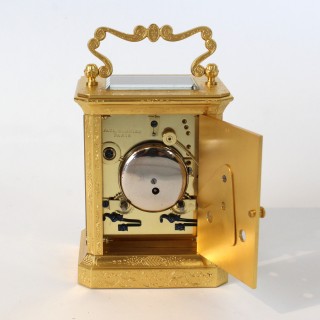 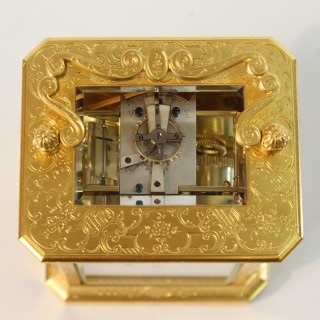 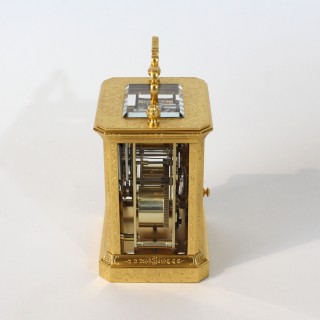 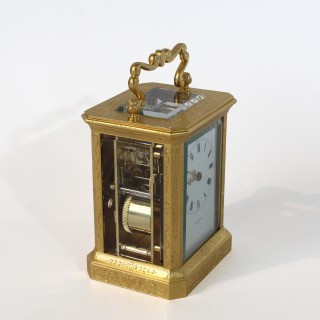 Jean-Paul Garner was the founder of the mass-production of carriage clocks in Paris.

This early Series IV clock by Garnier has a gilded fully engraved multi-pieced case with canted corners and a large rectangular platform viewing glass. The case is surmounted by an elegant shaped handle on acorn mounts. This style evolved in c.1845. In his book, Carriage and Other Travelling Clocks, Derek Roberts describes this case style as “one of the most attractive ever produced”.  The engraved opening rear door is a particular feature of the clock. A lever system on the back door operates  three dust-shutters to the winding and hand-setting holes so that all user functions are possible without opening the rear door.

The perfect original white enamel dial is signed PAUL GARNIER, PARIS, and has blue Roman numerals within a minute track.

The twin barrel movement is signed on the back-plate Paul Garnier, Paris, and on the front plate for H.L. , supplier of blanc roulant movements to Garnier (among other fine horologists). It has an old but replaced silvered platform escapement, having been converted from chaff-cutter at some point in its history. It strikes the hours and the passing of the half hour on a delicate-sounding bell. The movement is mounted onto a wooden block in the base.

The clock is numbered 3104, and has the matching numbered key and leather carrying case with side clips, still in excellent condition for its age. The leather case has a cut-out moulded in its base for the key, and a particularly thick piece of glass to protect the dial glass. This glass is interchangeable with an embossed leather-clad slider.

Jean-Paul Garnier was born win 1901, and by the age of 25 had invented and presented to L’Academie des Sciences a constant-force free escapement with a remontoire, an invention which earned him a silver medal at the 1827 Exposition de l’Industrie National. His chaff-cutter escapement was patented in 1830, and this became what defined his carriage clocks for the rest of his career.

The clock is in excellent condition, the case regarded and the movement overhauled and guaranteed for 3 years.