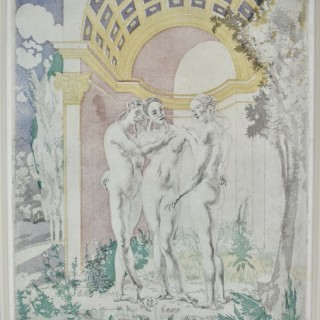 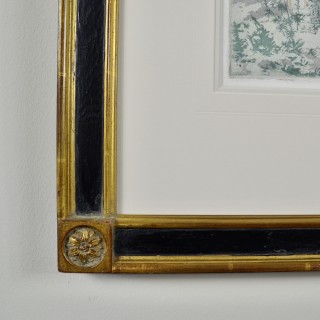 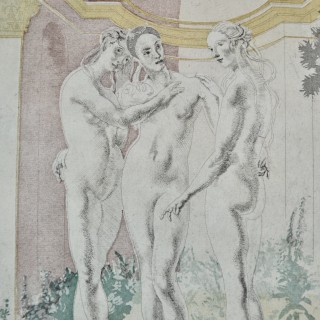 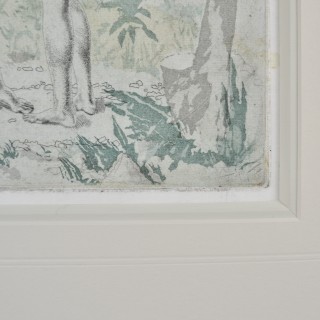 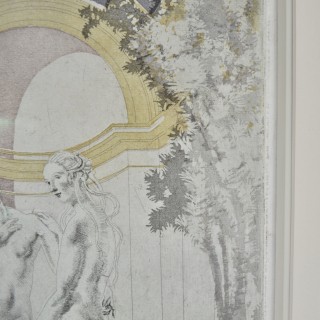 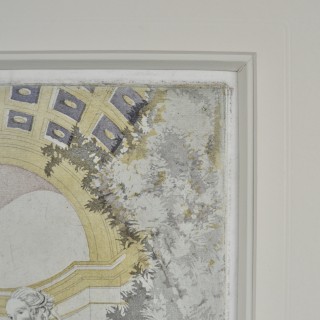 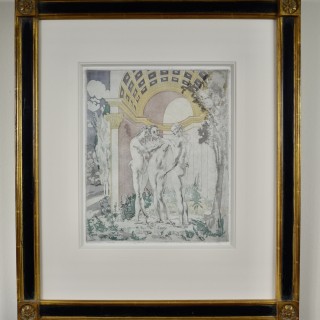 Sims was born in Islington and studied at South Kensington, the Academie Julian, Paris and at the Royal Academy Schools. He first made his name at a one-man show at the Leicester Galleries in 1906 and he was elected ARA in the following year. In 1908 The Fountain was bought by the Chantrey Bequest and other works are now in public collections in this country and overseas. In 1918 he was appointed a war artist and sent to France. On his return he was made Keeper of the Royal Academy Schools, 1920-1926.

Sims exhibited widely during his lifetime, sending a total of 116 works at the Royal Academy alone, however, he never recovered for the loss of his son in the First World War and took his own life in 1928.

A copy of this rare print is in the collection of the British Museum. Sims made an oil painting of the same subject.