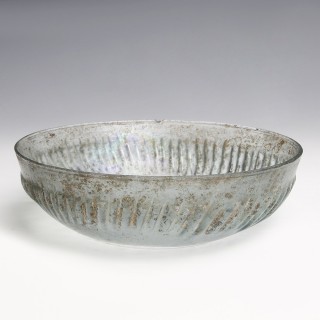 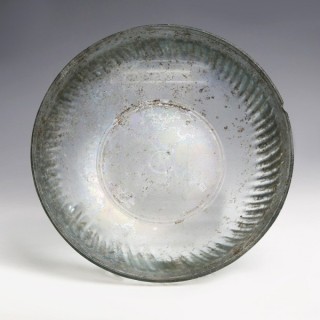 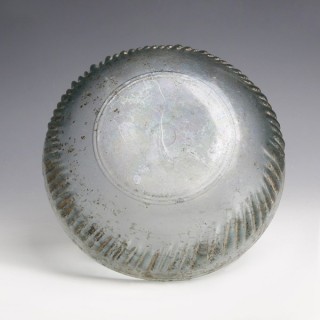 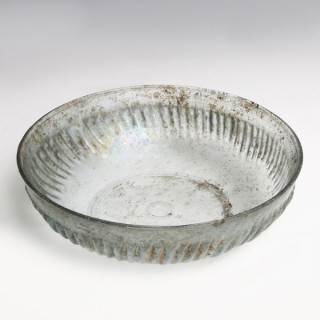 A rare and exquisitely well preserved translucent Roman blown glass bowl of a delicate pale blue colour, featuring a slightly everted rim and a ribbed decoration. The bowl’s beauty is further enriched by a mother of pearl like iridescence. An extremely fine example of roman glass-blowing technique.

Glass bowls with such ribbed decoration have been produced since the Hellenistic period, from the 1st century BC into the first few decades of the 1st century AD. This bowl would have been formed by blowing a bubble of glass into a mould, creating the ribs on the vessel’s external surface and leaving areas between the ribs extremely thin. This fine hemispherical bowl displays hues of green and blue, colours of Roman glass in its natural state, which resulted from the iron oxide present in the silica or the sand.

Complete and intact. With a stabilised stress crack to the base and a a minor nick to the rim.