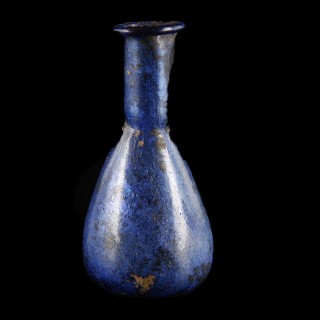 Unguentaria were small perfume or cosmetics bottles made of blown glass. They were extremely popular throughout the Roman Empire, since they contained perfume and oil, considered precious at the time and often used both in private life and public ceremonies. These type of vessels were probably used in funerary and burial rituals, hence their frequent occurrence in archaeological excavations of ancient cemeteries.