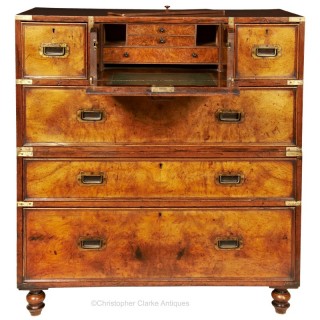 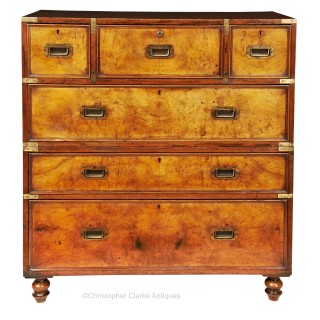 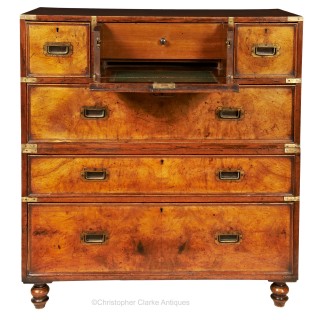 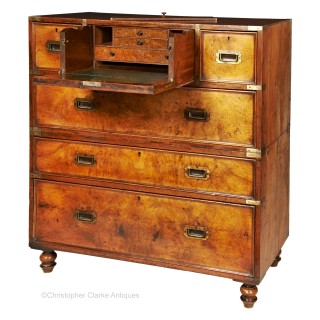 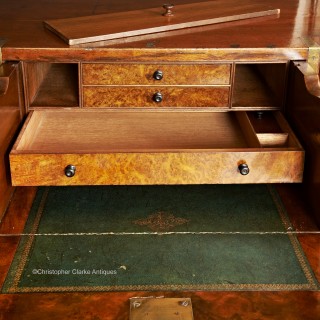 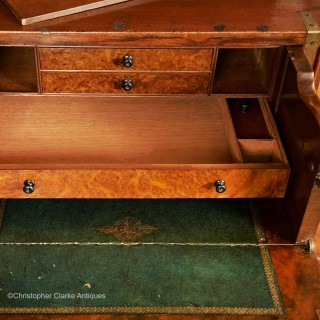 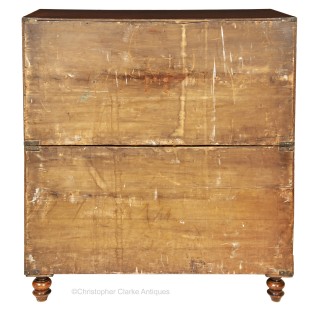 The chest’s front are veneered in book matched, figured walnut with an applied moulding to the drawers. The top and sides of the chest are made of solid straight grained walnut as the would received more wear as they are slid in and out of the packing chests which would have originally accompanied the chest.

This form of campaign chest was the best you could buy in the second half of the 9th century and its owner would likely have been a militia officer or soldier that knew he was unlikely to posted abroad. Hot, wet climates or sea travel were better served by teak or mahogany campaign chests rather than veneered English walnut.

The chest has a central secretaire drawer which retains its board to prevent the interior drawers moving in travel. More often than not, these boards are lost. The interior has two short drawers, flanked by pigeon holes above a long drawer which is fitted to the side for an inkwell and pens.

The flush handles are made of gilt brass and the chest splits in two, with removable feet as you would expect. Circa 1870.