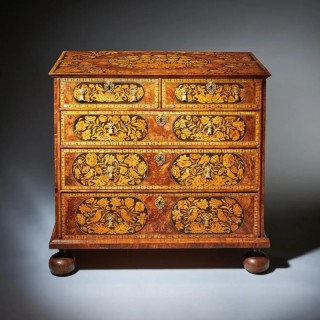 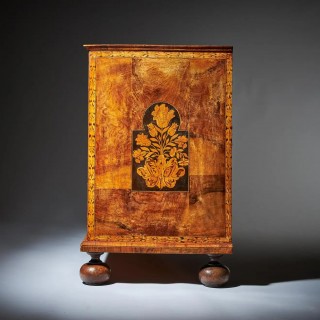 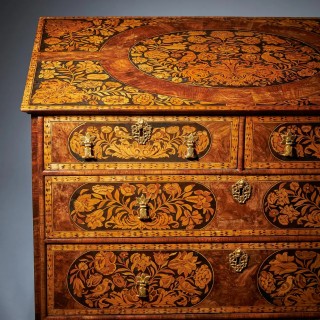 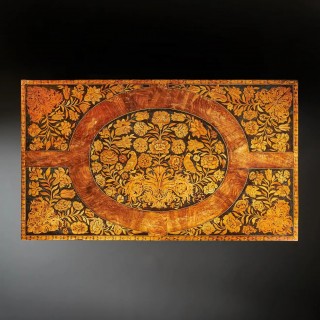 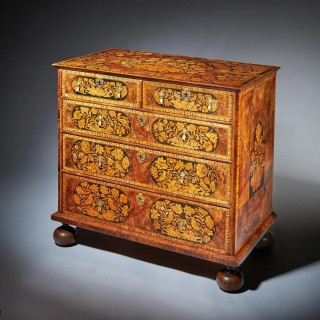 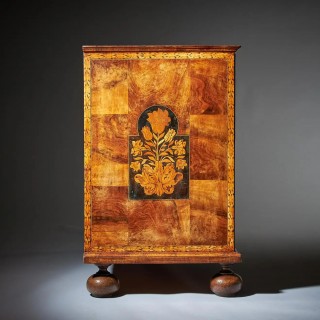 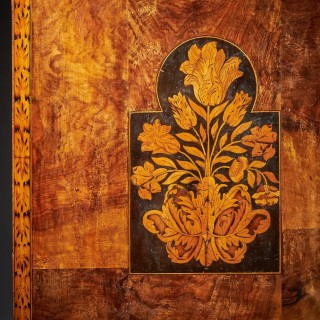 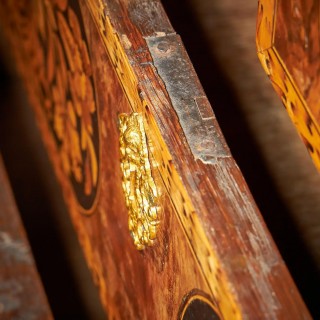 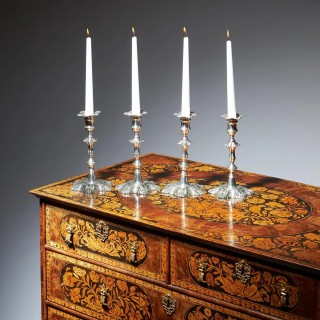 A William and Mary burr walnut floral marquetry chest, circa 1690.

The rectangular ogee moulded top with a central banded oval inlaid with spring flowers, birds and scrolls of acanthus, on an ebony ground.

The two short over three long oak-lined graduating drawers are similarly inlaid with reserves of marquetry and each drawer is banded in a wide leafy cut marquetry border.

According to Herbert Cescinsky in ‘English Furniture of the 18th Century’, the general spacing of marquetry during the period 1690-1705 into panels probably owed its inception to the copying of the Jacobean carved panels of the period, directly before the accession of William III. He argues that “the work of Holland is decidedly inferior in harmony of colouring, the English sycamore and plane-tree admitting of staining with colours of greater purity and giving a much better effect than beech and hornbeam used for the purpose in Holland”.

A similarly designed marquetry table top is illustrated in A.Bowetts, ‘English Furniture 1660-1714 From Charles II to Queen Anne’, p.61, plate 2:43, showing the variety created by transposing elements of the design so that no two quadrants of marquetry are identical.