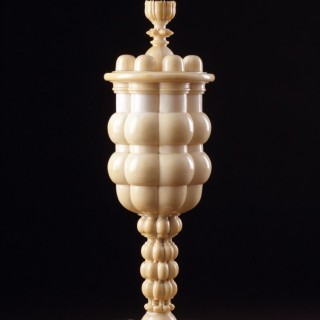 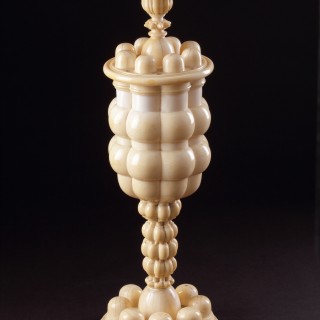 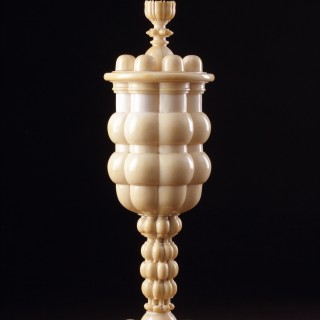 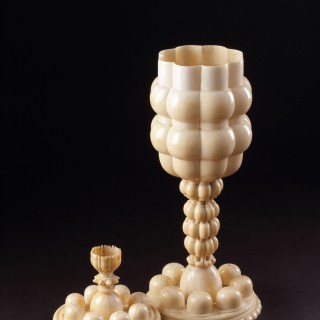 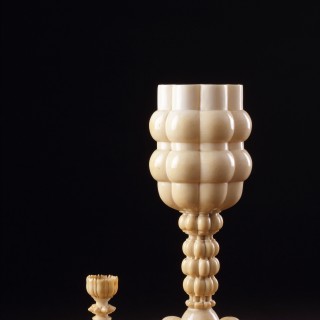 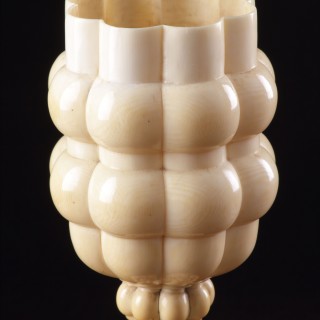 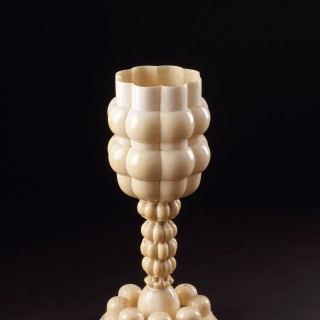 The elegant shape of this cup and cover recalls that of silver vessels, but was designed as a virtuoso work of art, not to function as a drinking goblet. Turned ivory vessels were made in most of the German princely courts during the 16th and 17th centuries as items of prestige. It became a fashionable pastime with some of the nobility producing works on a lathe themselves. However, most turned ivories were worked by professional artists often attached to the court such as Philipp Senger.
Filippo Sengher or Philipp Sänger/Senger probably came from South Germany. It is known that he worked at the Court of Denmark, probably in the 1670’s as well as that of Tuscany, and was active in Florence from 1675 to 1704. He specialised in ivory turning and acted as tutor in turning to Prince Ferdinand de’Medici (1663 – 1713) the elder son of the Grand Duke of Tuscany Cosimo III de’Medici (1642 – 1723). He constructed a lathe for the Prince around 1679/81. He also served as a member of the court and by 1683 was a personal attendant to Cosimo III de’Medici. He acted as an agent for Prince Ferdinand buying pictures and works of art for his collection and paying other artists on his behalf.
Although continuing a tradition begun in the renaissance of turning ivory works of art, these 17th century cups and covers illuminate the value of ivory as an exquisite material able to be made into technically demanding, powerful and unique collector’s pieces.