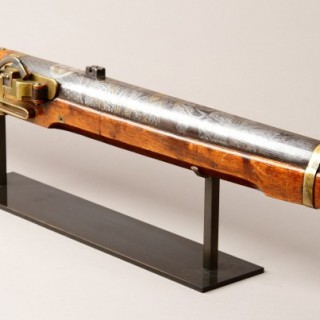 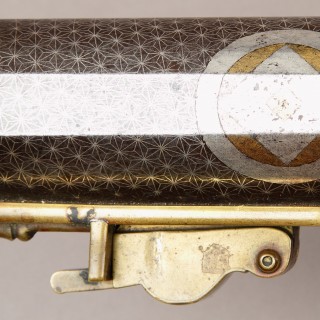 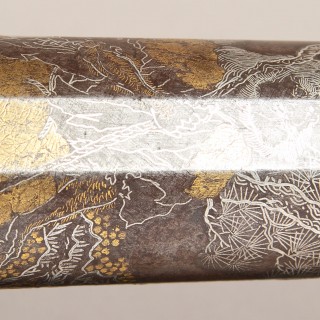 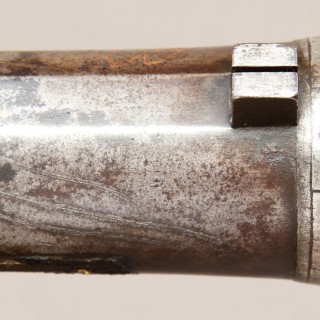 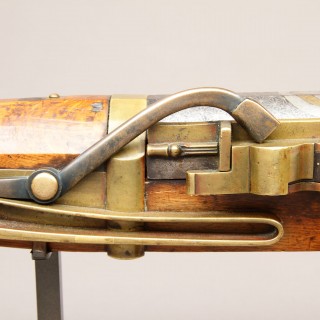 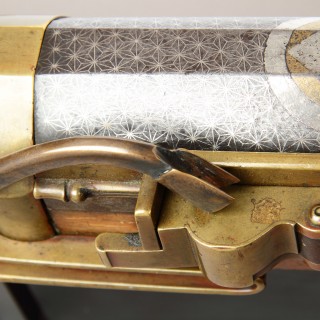 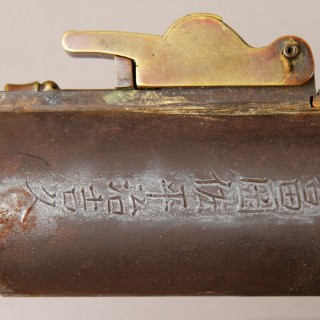 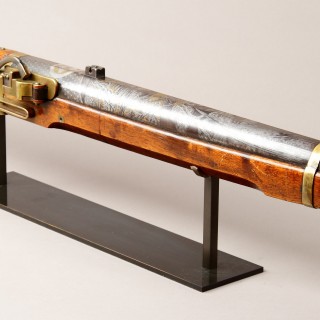 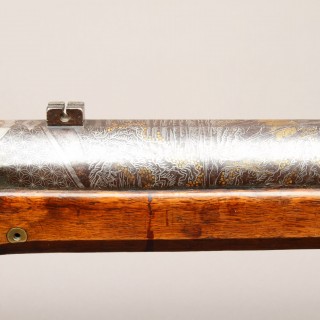 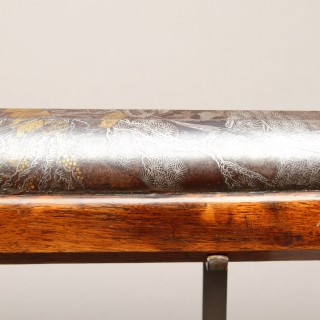 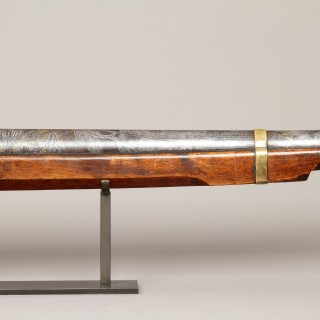 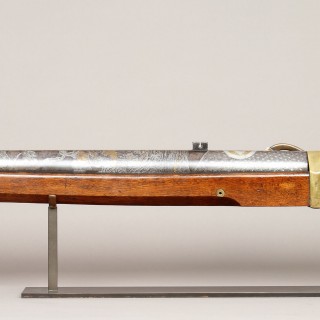 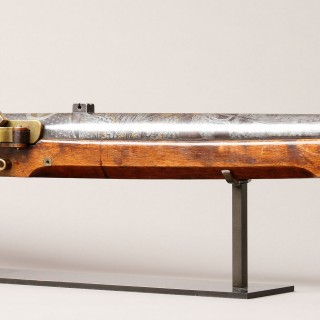 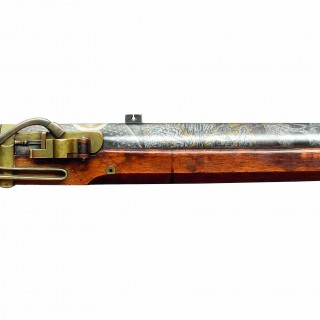 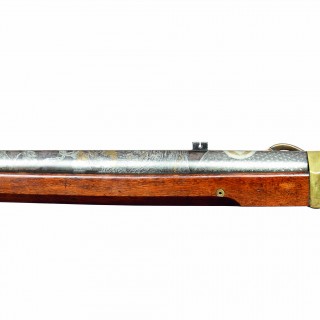 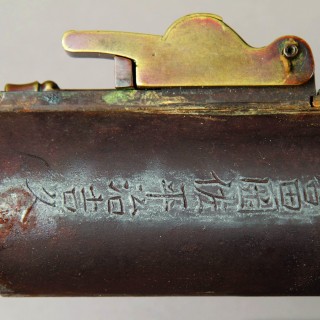 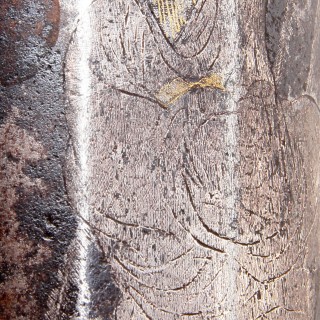 Resembling the Portuguese arguebus, the first matchlock gun to be seen in Japan, this massive and handsome weapon expresses the Japanese desire for powerful, finely made firearms. A 17th century Japanese tradition relates that after the accidental arrival of three Portuguese mariners on Tanegashima Island in 1543, the sword-smith Kiyosada gave his daughter to their captain in order to learn the secrets of musket manufacture. The actual guns were snap matchlocks made in Malacca, a Portuguese colony, and by 1550 were in production on a large scale. Known as ‘Tanegashima’ or ‘Teppō’ they were used by the Samurai and their foot soldiers and changed the way war was fought in Japan forever.
Large carbines such as this example were known as ‘ozutsu’ or cannon and were mounted on castle walls, used on merchant ships to repel pirates, on horseback in war or as assault weapons to blast through door hinges. They could also launch incendiary or explosive arrows known as ‘Hiya’ to set fires during sieges. When fired these powerful weapons had a large recoil, and bales of rice were used to support the gunners back from injury. Ammunition consisted of heavy round lead balls with differing sizes described as ‘Monme’. Made to take 30 ‘Monme’ shots, this carbine is one of the largest examples of Japanese Edo Period handheld firearms, but was most probably made as an exhibition piece. Yoshihisa was a gunsmith from the Musahi province and is recorded as working ‘Tenpo 14’ (1843) and was an official supplier to the shogun, for whom this piece was probably produced. By the end of the 19th century these massive hand cannons were still used, but only to call the Buddhist monks to prayer, to signal the end of the working day in the towns, or to begin official festivals.