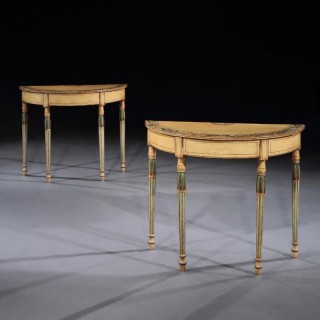 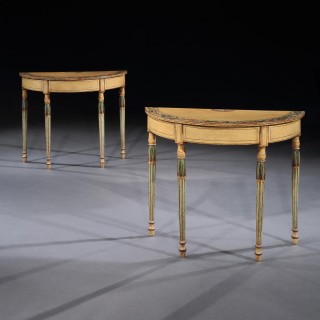 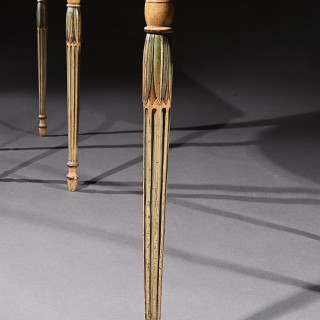 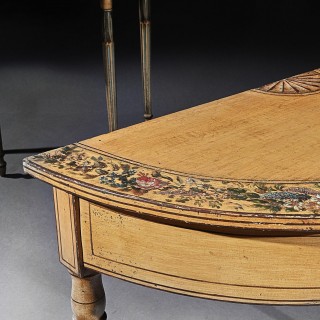 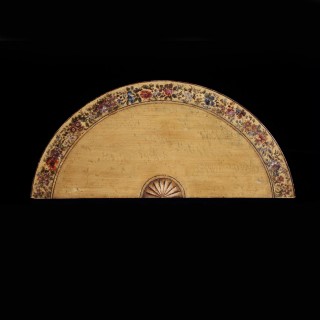 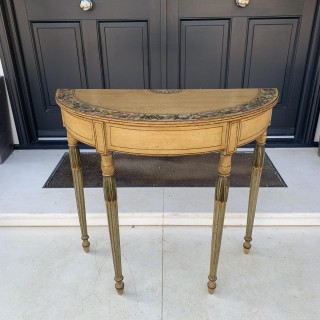 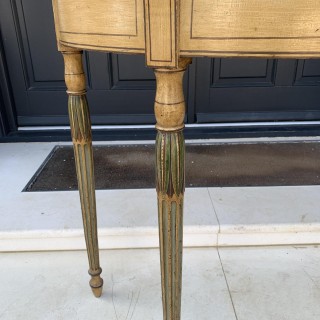 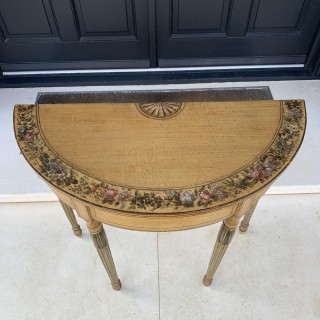 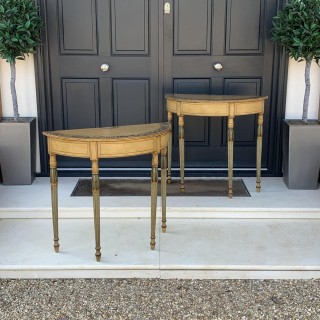 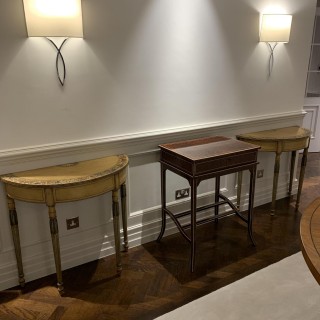 An elegant and rare pair of painted demi-lune pier / console tables, wood-grained all over, the semi-elliptical tops with segmented demi-paterae and floral boarders above line-painted friezes raised on four slender fluted baluster legs with water leaf carved capitals. The original paintwork in excellent condition with only the solid paintwork to the top looking to have had a waxed coating applied.

These refined neo-classical tables inspired by Robert Adam with their imaginative painted and wood-grained decoration bear the characteristic design features of the work of the London firm of Seddon, Sons and Shackleton of Aldersgate Street, London whom operated at the end of the 18th Century and specialised in this field of painted furniture.

The cabinet-making firm established by George Seddon in the early 1750s was a prolific one. In the Gentleman’s Magazine of 1768 an entry noted a fire on the premises of Mr. Seddon, ‘one of the most eminent cabinet-makers in London’, which resulted in £20,000 in damages; in 1783 another fire destroyed an enormous £100,000 in property.
By 1786, a German novelist Sophie von La Roche noted in her travel journal that the firm employed over 400 apprentices including glass-grinders, bronze-casters, carvers, gilders, painters, drapers and upholsterers, all of whom worked at the Aldersgate Street premises. A study of the printed bill-heads for the firm reveal the times when sons Thomas and George officially joined the company. Thomas Shackleton, who married the eldest daughter in 1790, was invited to join the firm in that same year. The partnership lasted until the father retired in 1798 and the sons assumed control of the business.

The original paintwork in excellent condition with only the solid paintwork to the top looking to have had a waxed coating applied.