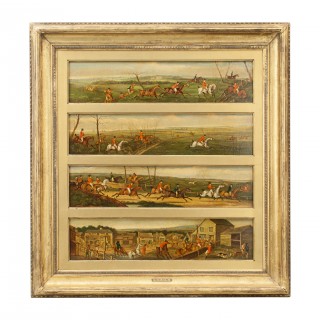 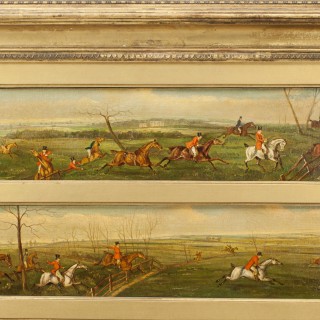 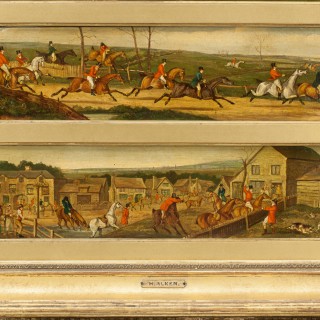 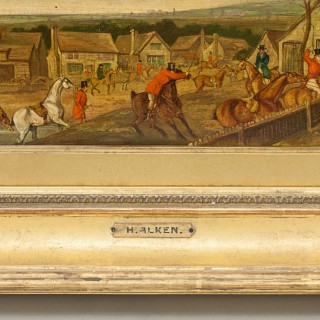 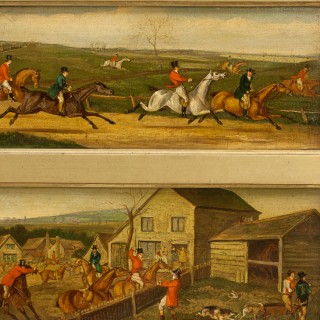 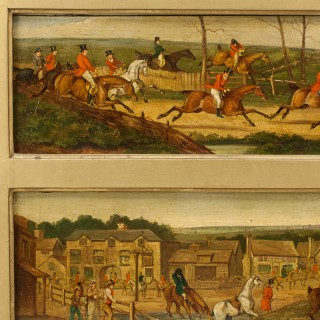 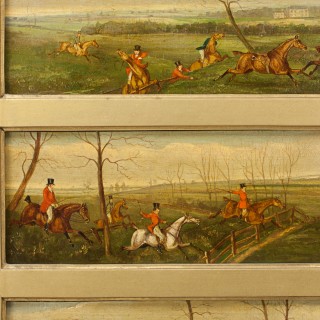 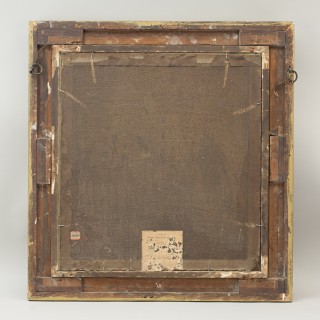 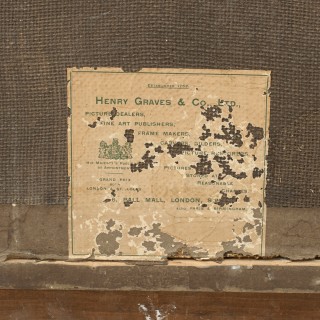 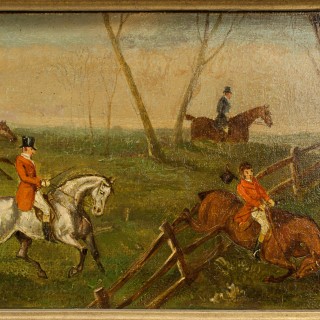 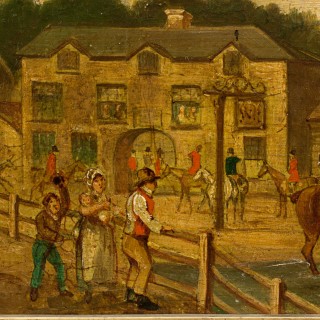 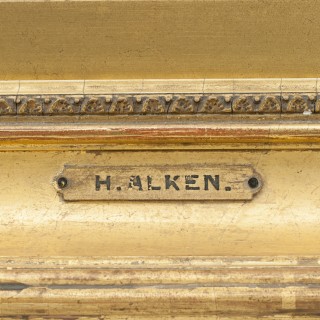 Equestrian Fox Hunting Oil Paintings Attributed To Henry Alken.
A nice set of four oil on boards in one gilt frame, each panel measures 20 ½” wide by 4 ½” high. The scenes are painted on one wooden panel with painted borders in between and depict the aristocrats out for a days fox hunting. Some having more success than others with some falling off, other pulling up at fences and others not being able to control their horses.

The Alken family were of Danish ancestry and were prolific artists. Henry Alken (1784-1851) was an English painter and engraver chiefly known as a caricaturist and illustrator of sporting subjects and coaching scenes. He was the third son of Samuel Alken Snr. (a sporting artist) and was also his pupil, but he did also studied art under J.T. Barber Beaumont (John Thomas). Alken worked in both oil and watercolour, was a skilled etcher, his sporting works included hunting, coaching, racing and steeple chasing scenes. He fathered five children, of whom two were artists, Samuel Henry, also a sporting artist, known as Henry Alken junior, and Sefferien junior. His work was copied frequently by his son, Henry, Jnr. (Samuel Henry Alken), and many of his pictures were produced in pairs or sets