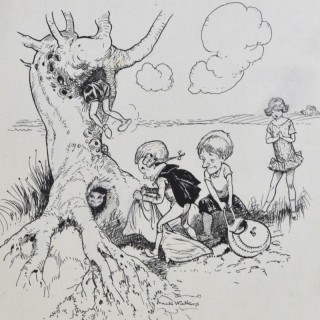 Frank Watkins - Putting the Cat in the Bag - original illustration

Putting the Cat in the Bag

Frank Watkins - Putting the Cat in the Bag - original illustration