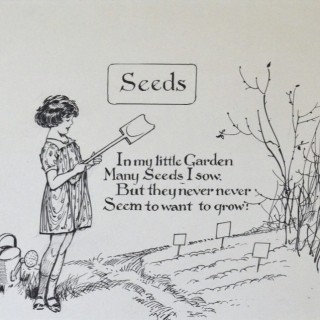 Inscribed:
“In my little Garden
Many Seeds I sow.
But they never never
Seem to want to grow!

Pen and ink
Unframed, in conservation mount only