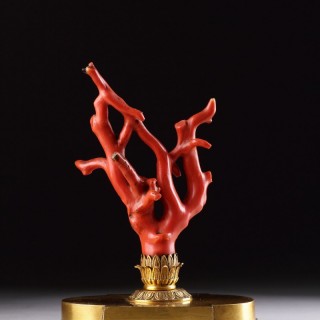 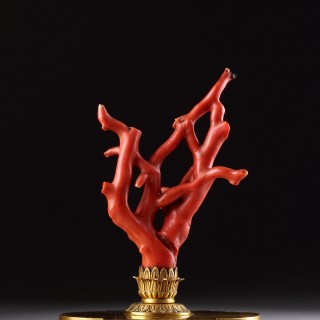 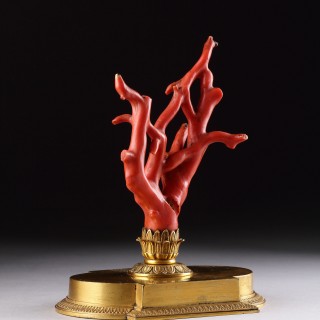 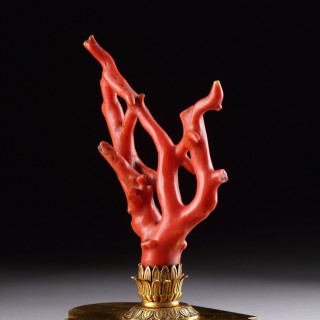 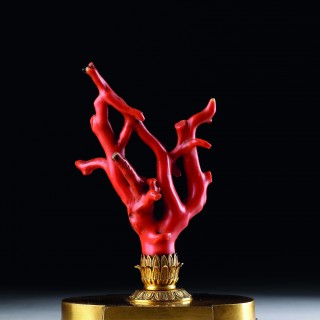 Treasured by Renaissance and later collectors, coral was highly prized for its bright red colour and was thought to have great amuletic powers, protecting against all evil spirits, having originated according to classical Greek mythology as the spurts of blood that had gushed forth when the Medusa’s head was cut off by Perseus. He achieved the gorgon’s death by not looking at her, having been given a mirrored shield by Athena. As Perseus then triumphantly held aloft the severed head he realised that he now possessed the power of her deadly gaze as well as her miraculous blood which could both heal and poison. The Medusa’s blood became coral which as a protection against magic spells was believed to be highly efficacious.