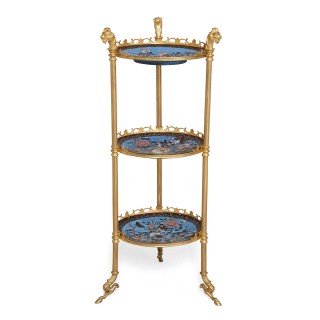 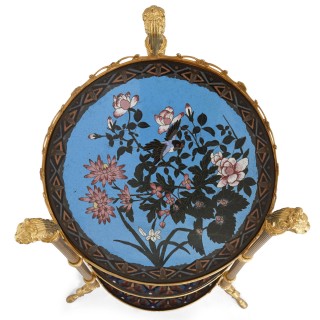 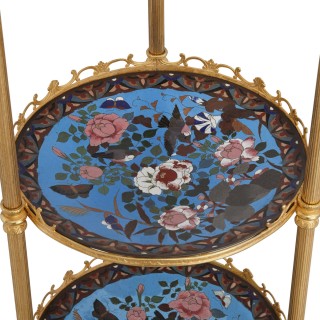 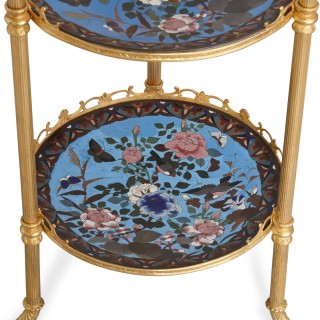 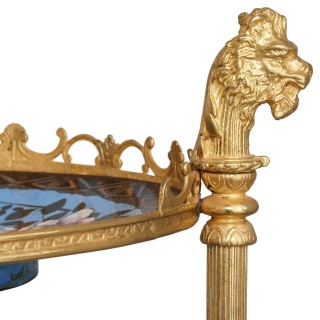 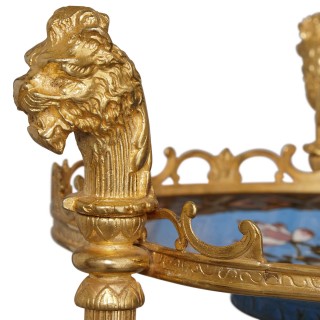 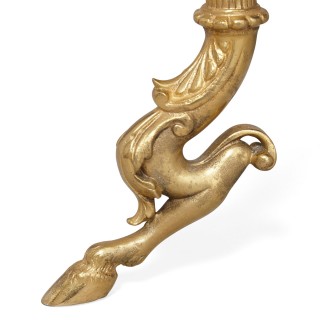 This small Empire style shelved circular side table is crafted from beautifully gilt metal and cloisonné enamel. The table contains three circular shelves, each shelf formed from a shallow bowl finished with cloisonné enamel—flowers of various kinds are set against the light blue enamel ground. Each shelf is surrounded by a gilt metal gallery, the gilding of which is integrated into the gilt metal of the body. The shelves are supported by three gilt metal fluted legs, each leg raised by a hoof foot and surmounted by a wonderfully formed lion-head finial.