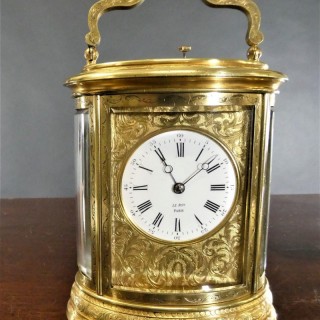 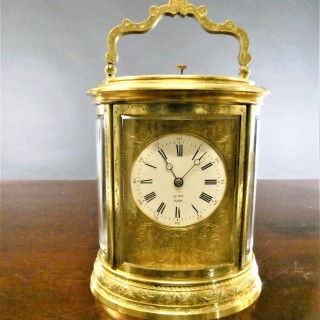 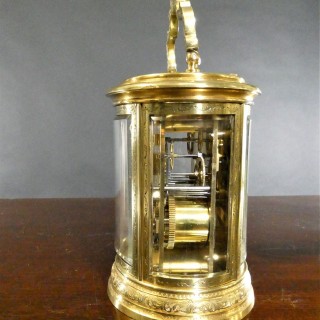 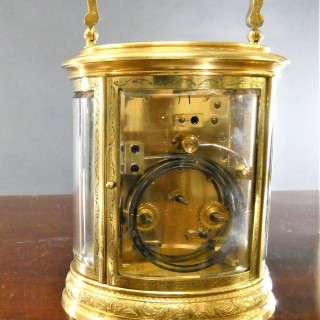 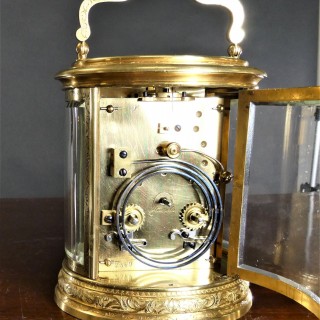 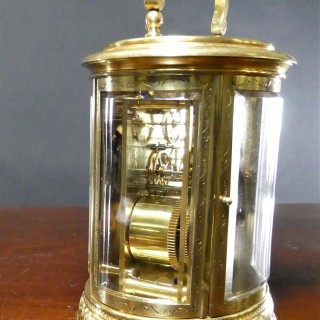 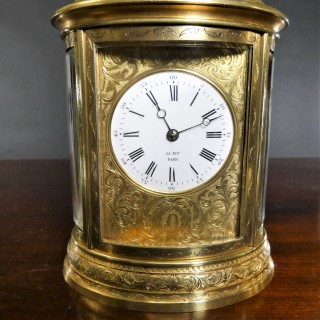 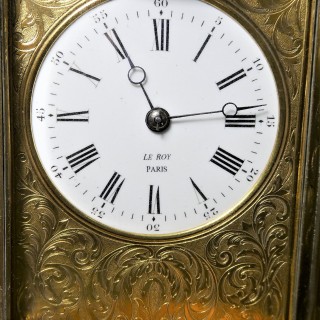 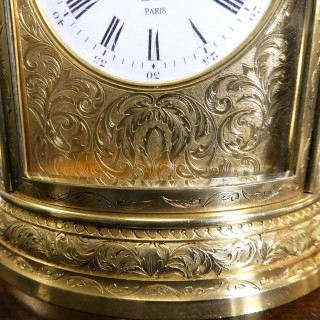 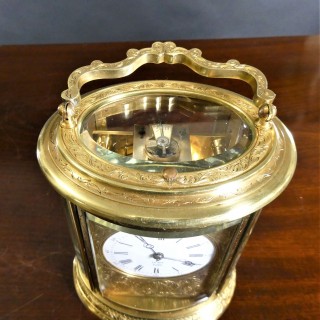 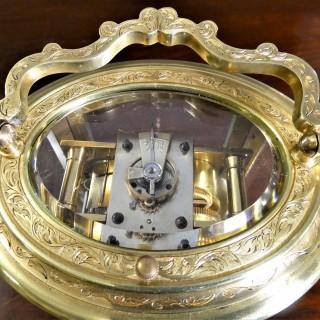 French eight day repeating movement of fine quality striking the hours and halves on a coiled gong and numbered 2349.

The firm of Le Roy et Fils was founded by Bazile Charles Le Roy in 1789. He was a clockmaker to the Emperor Napoleon, The Duke of Orleans, The Duke of Bourbon and Princess Pauline. In 1823 he filed a patent for a self- winding atmospheric clock operated by a weather vane and in 1840 a patent for wind clocks.

When Charles Louis died in 1865 his son Lewis Le Roy took over the running of the business.

‘Watchmakers and clockmakers of the world’ by Brian Loomes lists Le Roy & Fils as working from Palais Royal, Paris 1830-1910 they also had premises at 211 Regent Street, London, and 213 Regent Street in 1875 the business then moved to Bond Street in 1885.