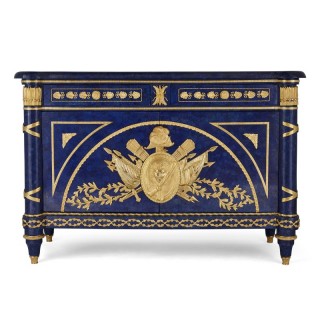 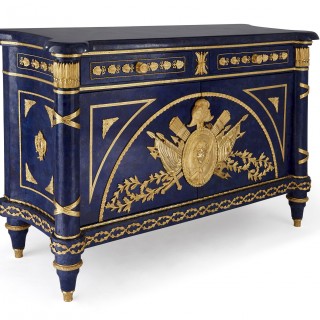 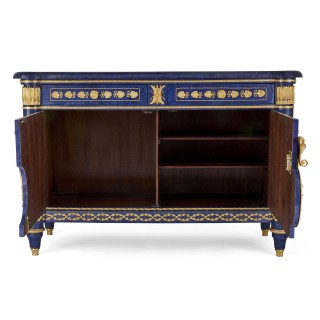 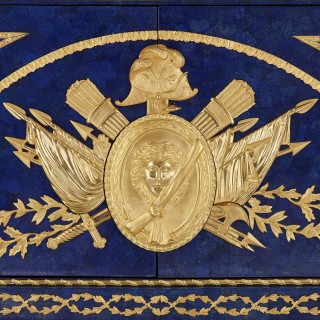 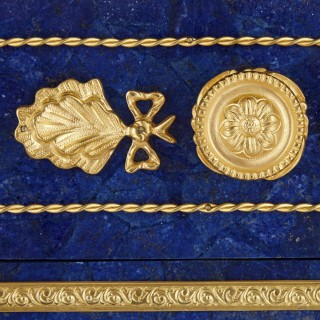 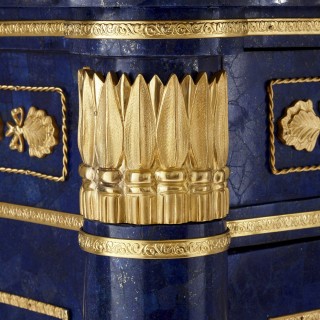 Crafted in the Empire style, this beautiful pair of commodes is wrought from lapis and gilt metal, in a timeless combination of rich blue and glistening gold. The lapis finish is a later addition.

Each cabinet features a shaped lapis top, below which sits the shaped body—the fronts of which are straight while the sides are gently curved. The front contains two frieze drawers and twin doors, the doors opening to reveal a cabinet and a suite of three shelves. Most remarkably, the lapis body is mounted throughout with superb gilt metal elements, each of which is crafted in the distinctive Empire style. Imperial regalia define the front of the commode, with gilt metal arms and armour combined in an eclectic arrangement. The commode is a superb example of the Empire style.