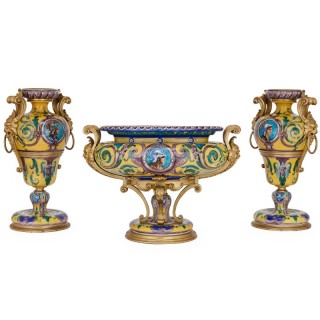 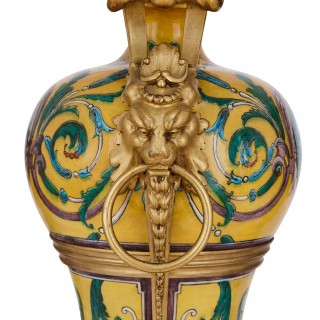 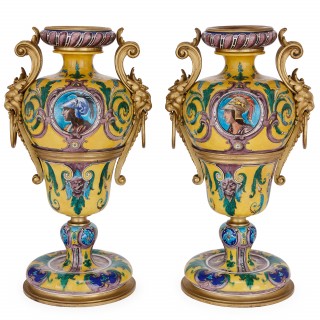 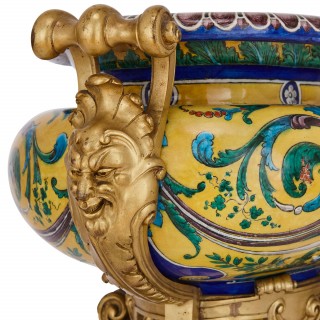 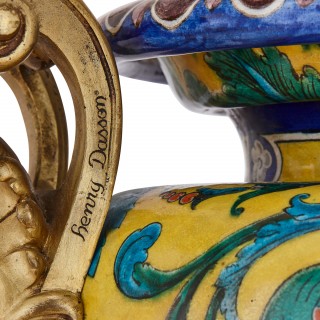 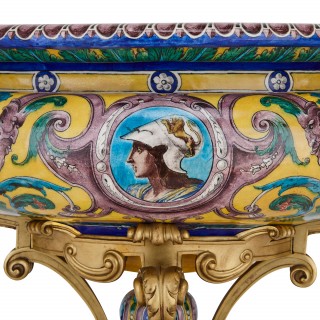 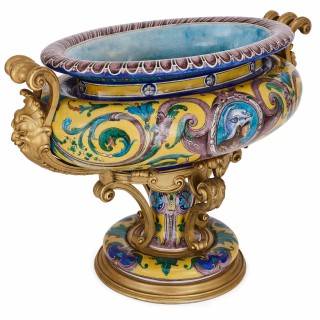 The three piece garniture set consists of a central jardiniere and a pair of flanking vases.
The jardiniere is set on a round base and its body is supported by scrolling gilt bronze mounts. The body is decorated with scrolling foliate patterns on a yellow ground, and features a central cartouche showing the bust of a Roman soldier wearing a military helmet. The sides of the jardiniere are mounted with twin busts of grotesques on scrolling ormolu handles, and the rim is decorated with a purple geometric pattern. The flanking vases are decorated in a similar fashion, again with cartouches depicting Roman soldiers and gilt bronze handles with male busts. The gilt bronze is signed ‘henry Dasson’.
Dimensions are as follows: