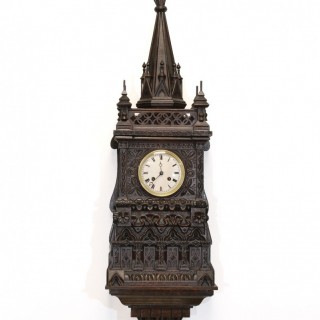 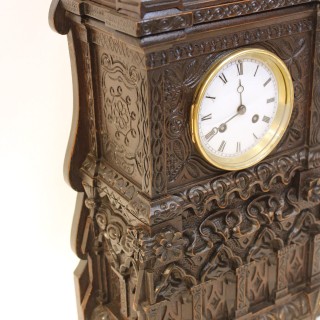 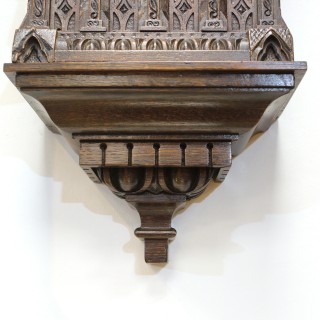 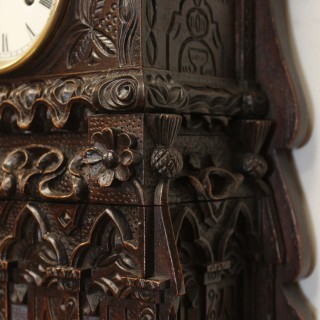 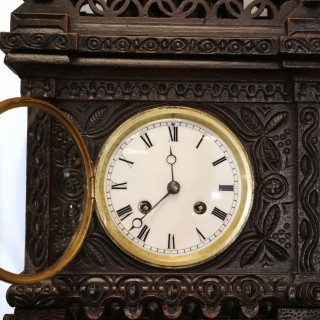 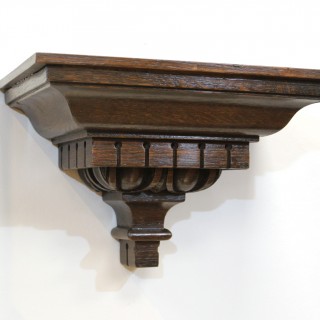 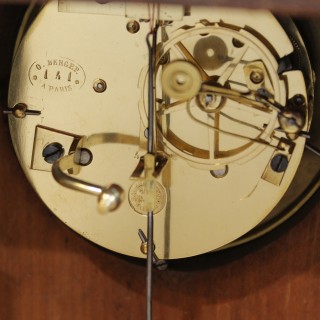 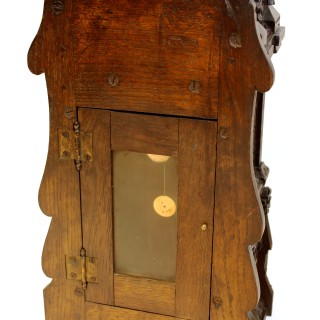 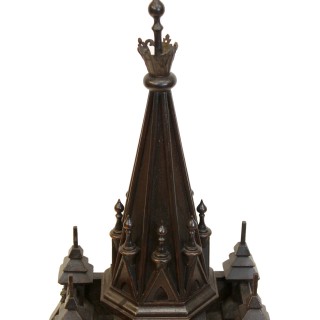 The quality of the wood carving on this clock is exceptional. The intricate carving is to three sides, including a fretted gallery to the steeple.  The steeple ends in very fine finials, still fully intact. The case sits on a conforming bracket shelf.

The French striking movement has an outside count wheel striking mechanism, striking the hours and the passing of the half hour on a single bell. The backplate is stamped for the maker  O. BERGER, PARIS and also with the 1844, 1849 silver medal emblem for Ls Japy Fils (Louis-Frederic Japy).

Japy Freres was a very large producer of quality clock movements in the 19th century. George Frederic Japy (1749-1812) began the clockmaking dynasty. By 1810-1820, five sons had joined him into the family business: Fido, Charles, Frederic-Guillaume, Louis-Frederic and Jean-Pierre. In 1854 the company was renamed Japy Freres et Cie, and it continued until the 1930s.

The perfect white enamel dial has Roman numerals and a regulation arbor at XII. It is protected by convex glass to the cast brass bezel.