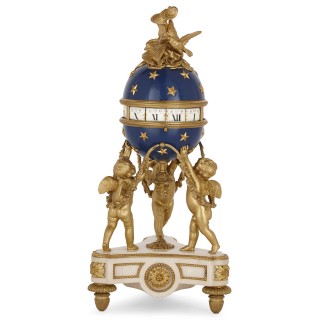 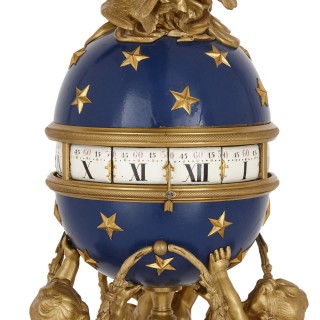 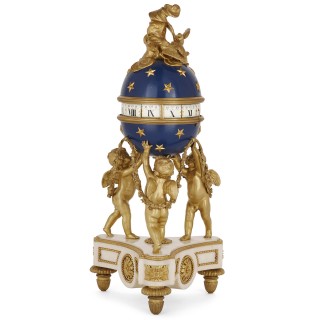 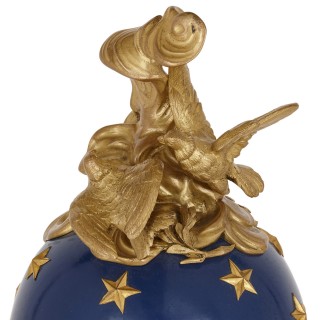 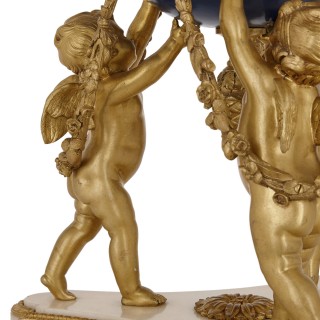 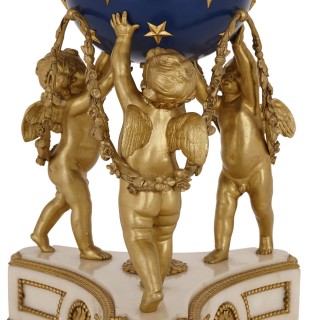 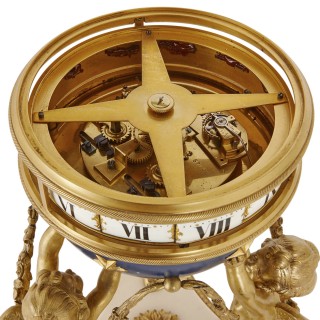 French ormolu, marble and tole clock with turning dial, in the manner of Francois Vion

This stunning French Neoclassical style mantel clock, dating to the 19th Century, is designed with three ormolu putti supporting a tole case above, with turning enamel dial. The clock is set on a triangular white marble base and is surmounted by ormolu birds flying in the clouds. It is similar in style to a known 18th Century model by François Vion (French, 1737-1790), which was replicated by important 19th Century makers. In the Vion model, rather than putti, there are three female figures holding the case above.

French ormolu, marble and tole clock with turning dial, in the manner of Francois Vion