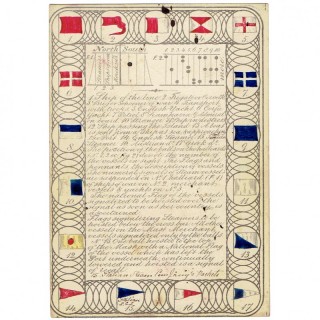 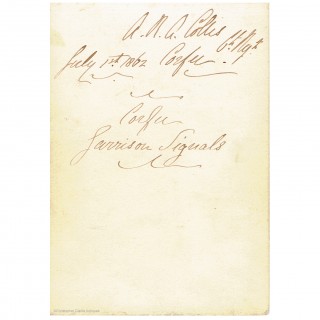 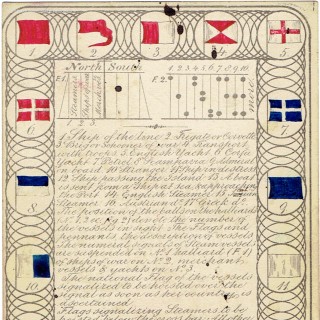 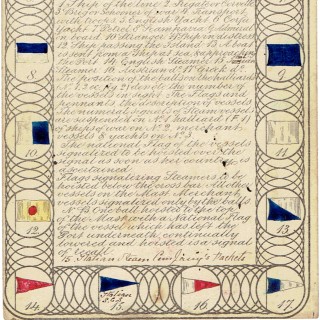 A watercolour and ink card of the Corfu Garrison Signals.

The card is signed by A.N.A. Collis 6th Reg. and dated July 1st 1862 to the back as well as describing the card as the Corfu Garrison Signals. Adolphus Randolph Augustus Collis enlisted in the 6th Warwickshire Regiment of Foot, as an Ensign, on the 27th April, 1860, joining his elder brother Gustavus Wheatley Berry Collis in the regiment. Adolphus purchased his Lieutenancy on the 1st December 1865 and became a Captain on the 12th of May 1875. He retired as a reserve officer with the Honorary rank of Major in March 1881.

The 2nd Battalion of the Warwickshire 6th Regiment are noted in the Army List of 1862 as being in Gibraltar, so with the back of these Corfu Garrison Signals dated July 1st 1862, it is likely they travelled to the Greek Island directly from the Rock. They then stayed in Corfu through 1864 before being stationed in Jamaica in 1865.

This card would have been used by the soldiers keeping a watch to identify the shipping around Corfu to accurately describe them if need be. The card is of small size that would allow you to easily carry it. Dated 1862.