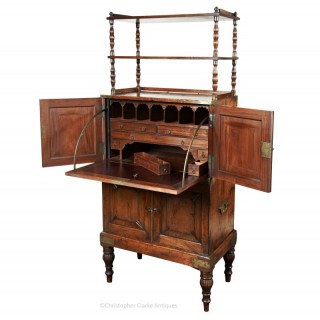 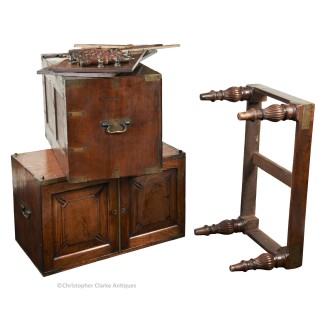 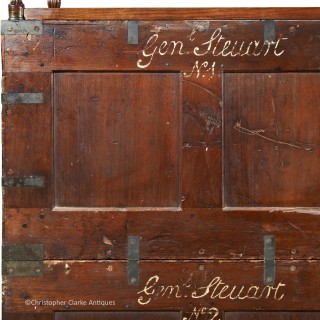 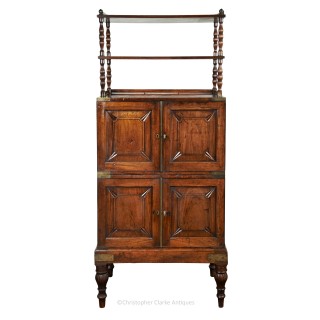 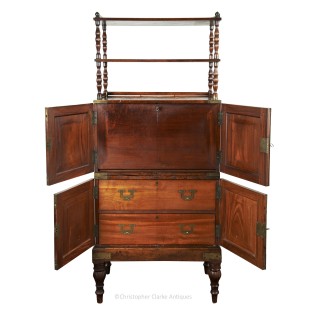 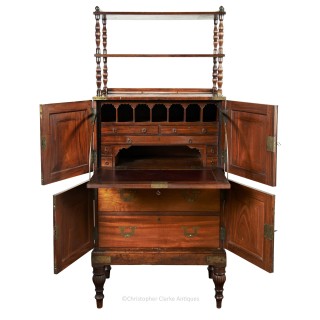 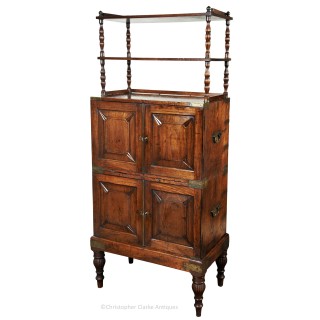 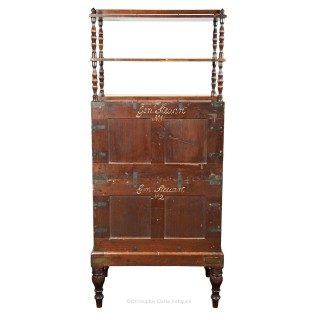 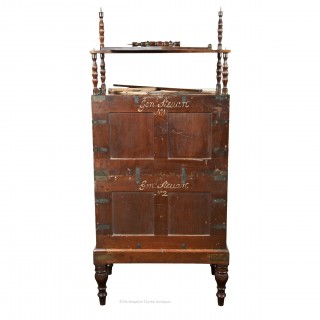 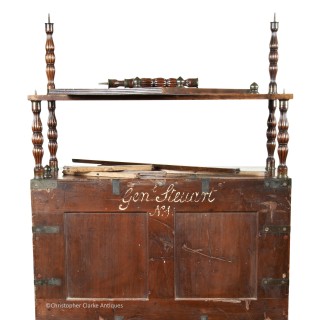 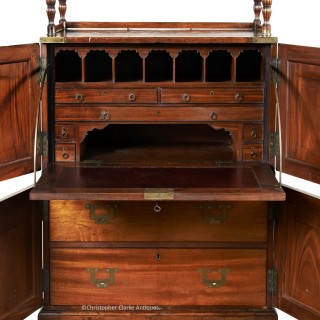 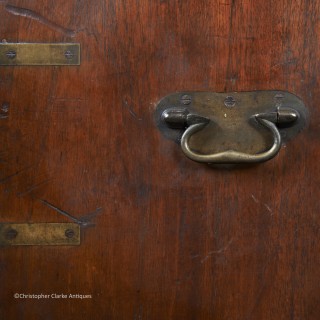 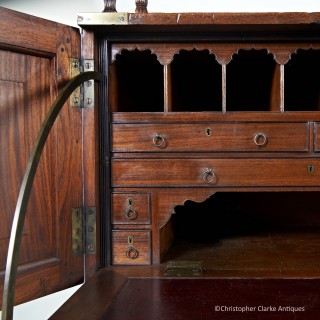 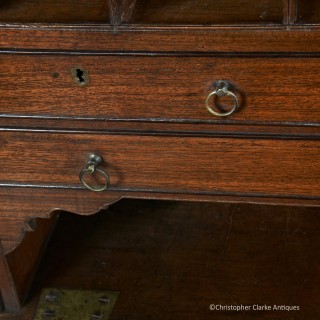 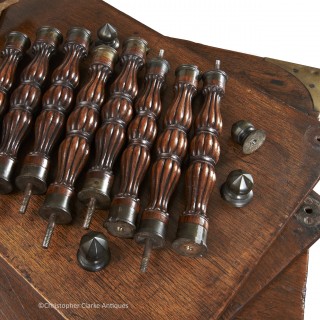 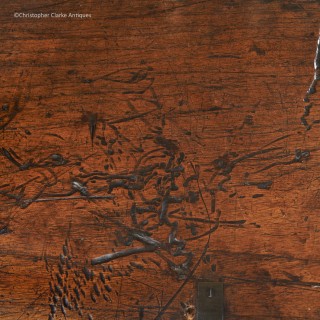 The chest has a stand base with turned and reeded legs. The columns for the shelves to the top of the chest echo the shape of the leg and are capped top and bottom with brass screw fittings. The shelf boards have a reeded edge, and the bottom and top shelves have a removable gallery to the back and sides that fit on pins and to the brass column caps.

Behind the panelled doors of the top section is a secretaire whilst the doors to the bottom enclose two long drawers. The doors have carved darts to the central panel and ebony stringing. The two drawers to the bottom section have brass skeletal handles and cock beading to their edges.

The secretaire has a lockable board which falls on butterfly hinges and large brass quadrant supports to give a working area. It has a dark red leather writing surface and to the back of the desk area are seven pigeonholes with decorative arches and the vertical boards reeded to the front edge. Below are two short drawers above one full width drawer and two small drawers either side of an open storage area, shaped to the corners to reflect the pigeonholes. The drawers all have cock beading to their edges and brass ring pull handles set on faceted knobs which stand out in their own right. The bottom two small drawers each have dividers to take inkwells with the right-hand drawer also having a rosewood pen tray to the back.

The backboards of the chest sections are panelled with pegs fixing the joints, strengthened by the brass strap work. The top chest is painted in white with ‘Genl. Steuart No. 1’ and the bottom chest is numbered 2. By repute the chest belonged to General George Mackenzie Steuart, descending through the family until it was sold. This would tie in with its age, the General’s time in India and its place of manufacture.

George was born on the 10th of December 1786 to David and Margaret Steuart. He joined the Honourable East India Company as a 16 year old in 1802 and rose up through the ranks to make Major General in 1841 and Lieutenant General 10 years later. He was based in the Madras Presidency, of which the Malabar Coast was part and where this chest was made. He was the regimental Colonel of the Madras 52nd Native Infantry and also in command of Fort Vellore for 10 years from 1831. He died in 1855.

This chest was made in one of the better workshops in India. The attention to detail, such as the addition of reeded moulding to the interior edge of the secretaire drawer, where you would expect the frame to be left plain, is very good. The cast brass fittings are also better quality than most you find on Anglo-Indian Campaign Chests. The chest is narrow in size and practical for its shelving superstructure. Circa 1840.