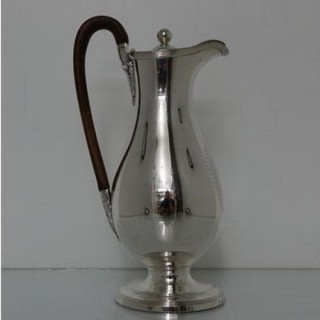 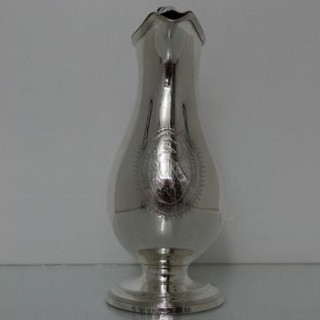 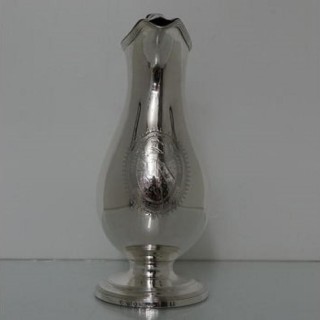 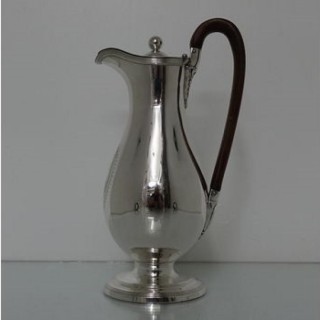 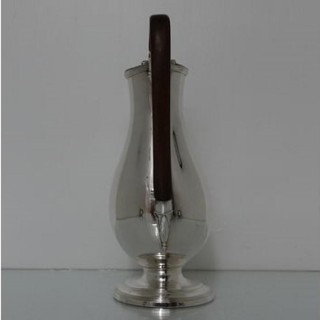 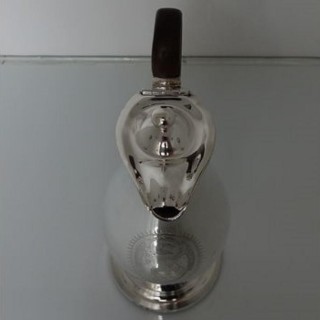 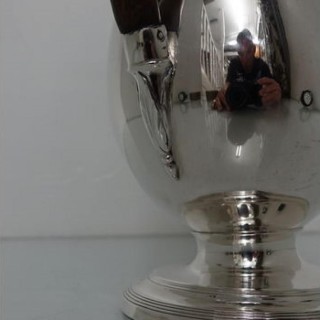 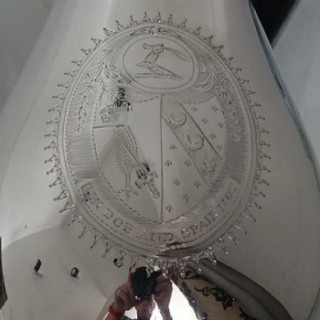 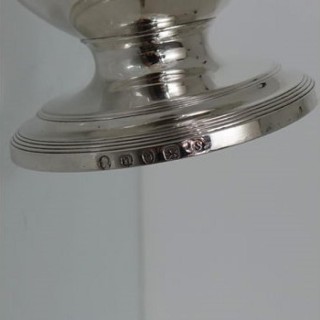 A very collectable silver 18th century wine/hot water jug. The jug is crafted by the highly renowned silversmith John Scofield and exudes elegance. There is a stylish central coat of arms for importance with upper and lower bands of reeding for decoration. The lid is hinged and crowned with a elegant ball finial.
Although widely known as Schofield, both clerks entry and signature are recored as Scofield. No record of apprenticeship or freedom, which with a maker who occupied such a prominent position in the plate working of the late part of the 18th century is tantalising. First mark entered as plate worker, in partnership with Robert Jones, 10th February 1776: address 40 Bartholomew Close. Second mark alone 13th January 1778. In his candlesticks and candelabra Scofield displays a high degree of elegant designs executed with impeccable craftsmanship, which rivals at best the beautiful workmanship of all the highly renowned silversmiths of this period. In fact if John Scofield decided to work in a much more ornate and elaborate manor the quality would almost certainly rival Paul Storr and Paul de Lamerie.