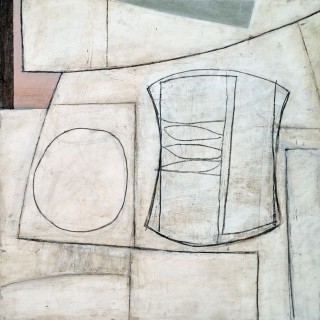 Robinson was born in East Africa and after a short time in New Zealand his family settled in England in 1955. After studying at Bournemouth College of Art he established himself at an artist, substituting his income with work for various advertising agencies and working as a musician and composer/song writer. He has held numerous one man exhibitions in the UK and in New Zealand. In 2004 ITV broadcast a document about him and his work – Geoffrey Robinson in the Frame. His work is in numerous private and public collections including the Russell Cotes Art Gallery & Museum in Bournemouth and the George Michael, Quintin Wilson and David Putman collections.