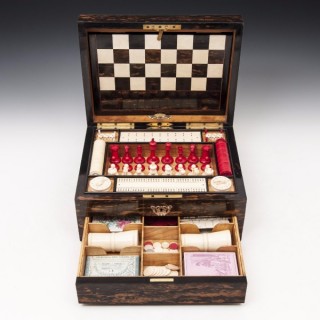 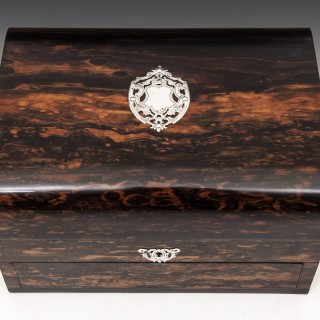 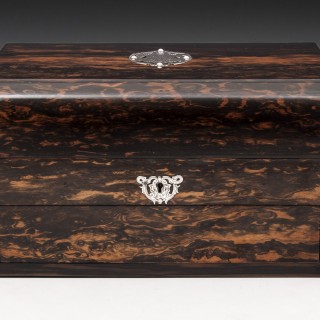 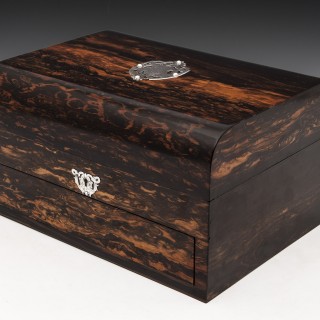 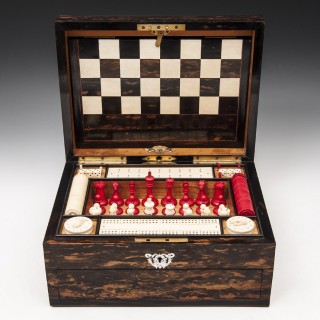 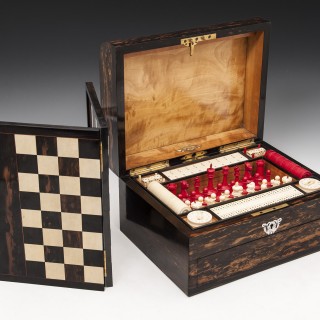 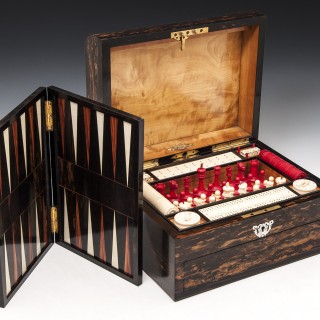 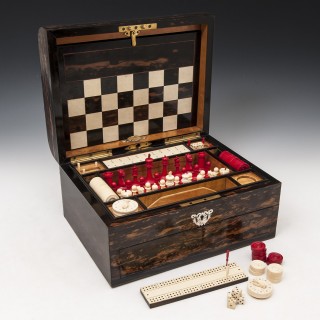 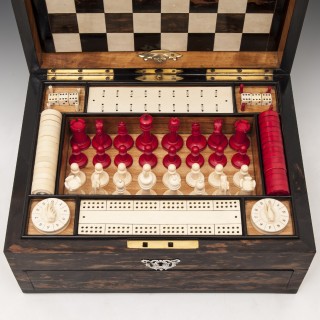 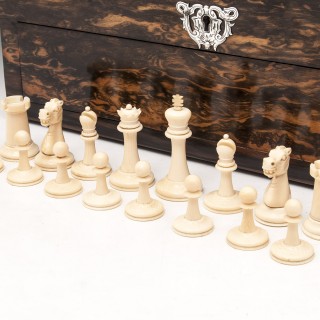 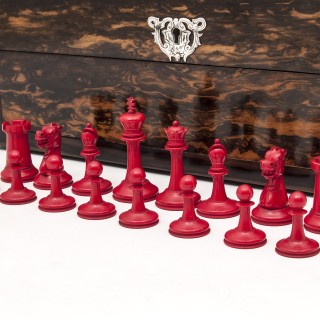 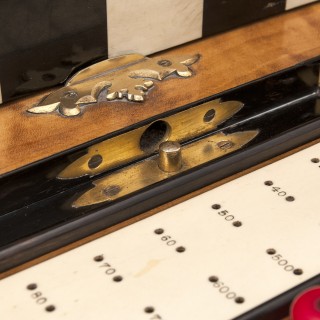 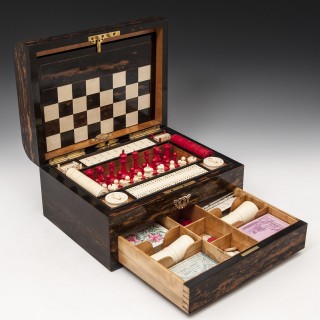 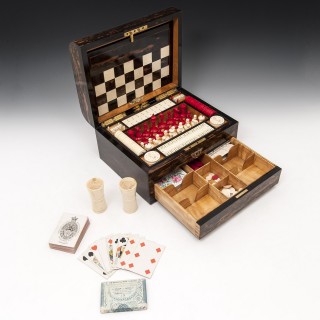 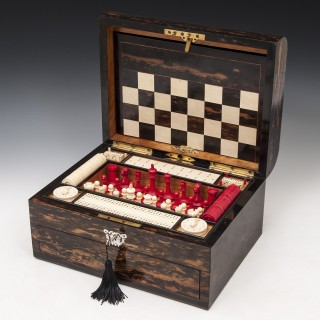 The interior is veneered in satinwood, incorporating an Ivory and coromandel chess and backgammon board, and a Staunton Ivory chess set stained red, and left natural, an ivory cribbage board, two bone “finger” pointers, a set of thirty Ivory backgammon counters stained red and left natural.

On the back edge of the open box is a brass button which when pressed opens a hidden drawer at the front of the box. This drawer is also veneered in satinwood and contains two bone shakers, four packs of playing cards and further bone counters.

The box has a makers plaque on the hidden drawer which reads:
“Toulmin & Gale 85 & 86 cheapside”
In 1876 Toulmin & Gale declared bankrupcy and George Betjemann was one of the trustees under the liquidation of the company, which continued as Betjemann & Gale Ltd. We believe this box is dated during this crossover period due to the maker’s label and the silver marks dated 1876 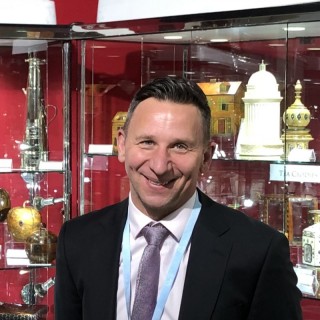