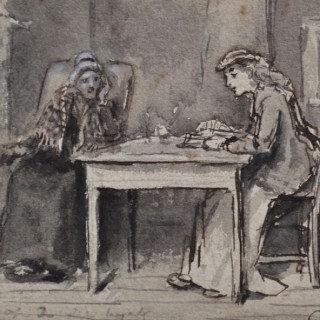 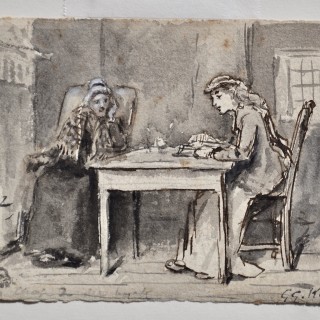 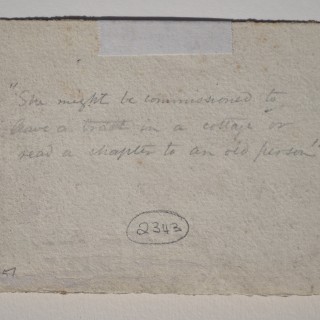 “She might be commissioned to leave a tract in a cottage or read a chapter to an old person.”

Signed with initials; inscribed with title on the reverse
Grisaille watercolour and ink
Unframed, in conservation mount.

The title of the present work suggests it is a design for an illustration.