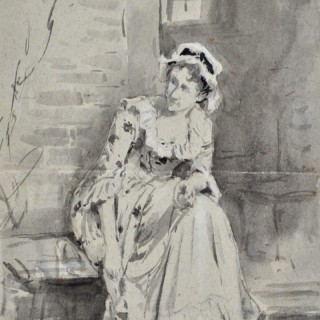 “Sally in Our Alley”

Signed with initials; inscribed with title beneath the mount
Grisaille watercolour
Unframed, in conservation mount.