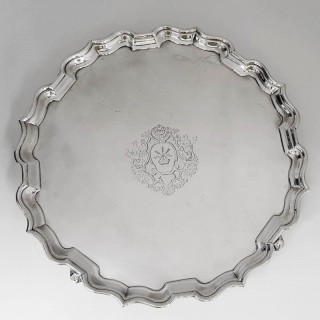 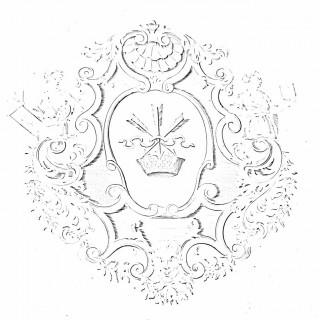 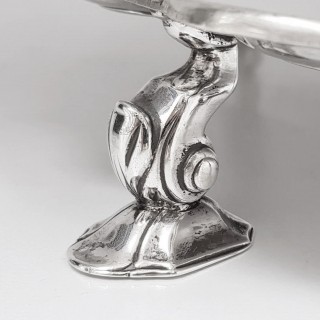 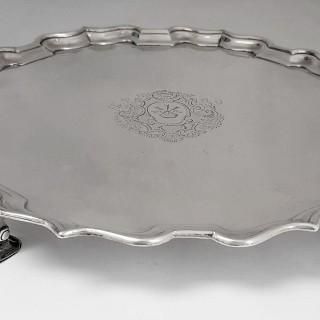 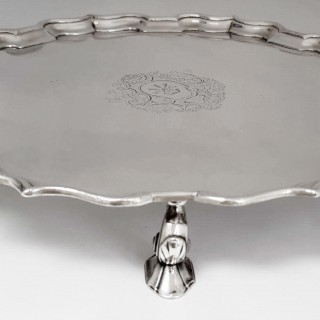 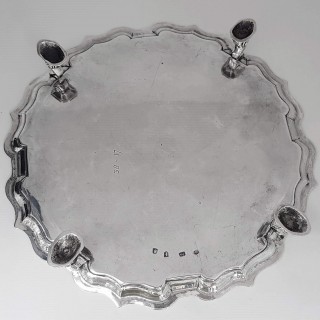 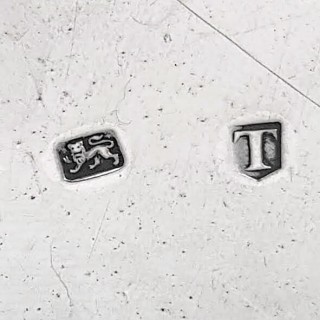 From the 17th century until the reign of George I salvers were raised on a pedestal foot. This form is often called a “tazza”. By 1700 some were made with the foot unscrewing. Very occasionally this type will also have 3 or 4 feet so that the salver can be used on a lower level.

The traditional form of salver with plain flat surfaces and small feet at the edge, rarely found before the reign of George I, was made in various forms such as round, rectangular, oval and octagonal and are an ideal starting off point for collectors of early silver.

The term “waiter” is not commonly used but relates to small examples less than 6 or 7 inches; these have become very popular now to stand a bottle or wine glass.

The silver salver is in very good condition. Fully stamped underneath with English silver hallmarks. The engravings still have definition with some wear. The scratch weight is also engraved underneath.
Please note that this item is not new and will show moderate signs of wear commensurate with age. Reflections in the photograph may detract from the true representation of this item.