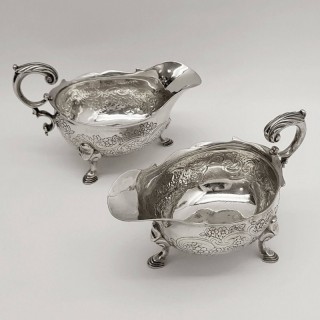 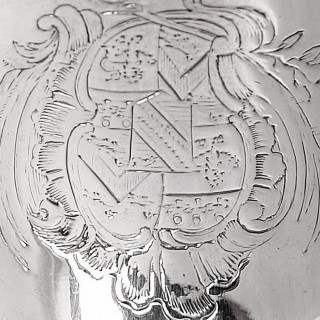 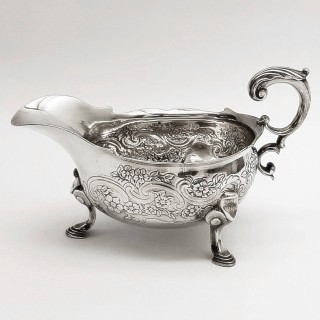 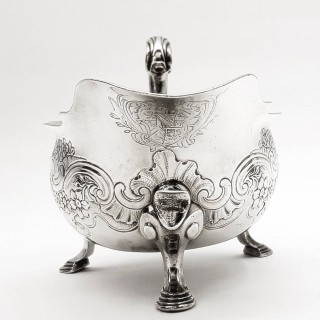 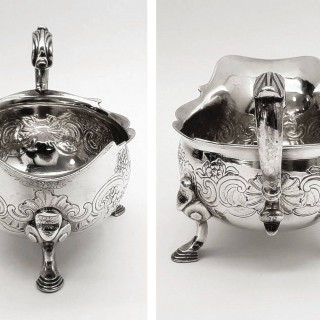 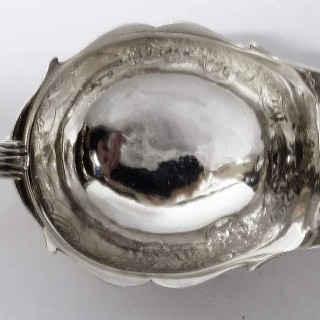 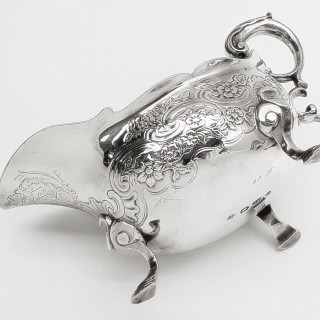 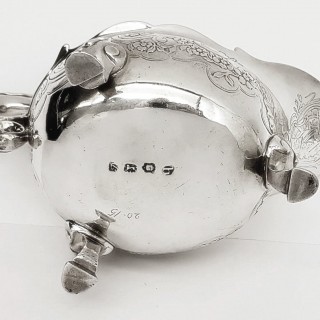 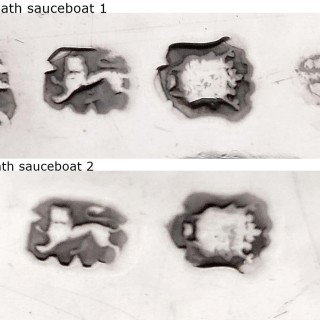 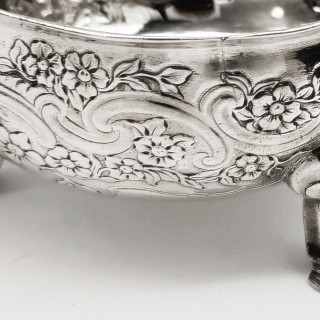 A large and chunky pair of antique sterling silver sauceboats with the typical classic shape and raised scroll handle of the period. Each is decorated with flowers and scrolls on a hatched bas relief and to the front is a large hand engraved armorial. A nice detail is the prick detail to the tops of the feet.

The Antique Silver Sauceboat was made its first appearance in the early 1700’s. The original form had two lips, one at each end, with two scroll handles and a spreading foot. This was quickly followed by the single lip form and by the 1740s nearly all examples had the traditional three feet. Usually oval, they were very occasionally octagonal or circular, and were originally intended for cold sauces.

The sauce boats are in very good condition. Both fully matching. Good gauge silver. Crisp hand engravings. Stamped underneath with a full set of English silver hallmarks. Each has a couple of small old repairs to the border.
Please note that this item is not new and will show moderate signs of wear commensurate with age. Reflections in the photograph may detract from the true representation of this item.