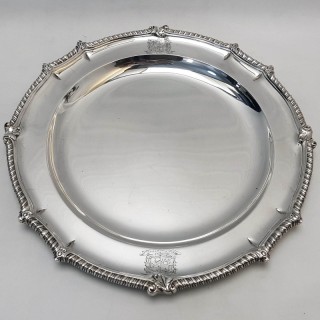 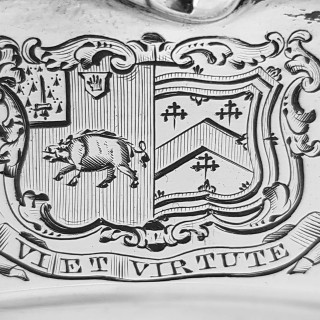 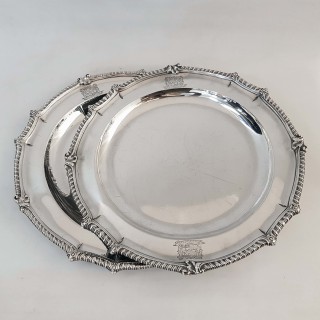 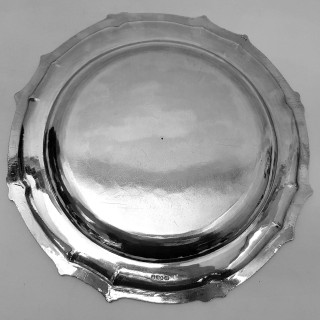 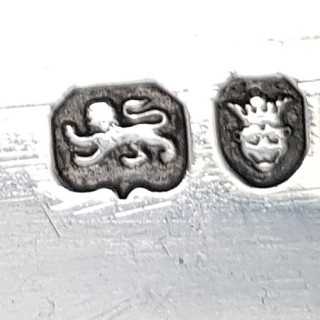 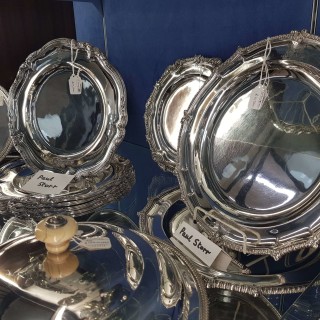 A magnificent pair of antique silver plates with the excellent quality and weight you’d expect from the prestigious silversmith Paul Storr. Extra large size and plain design with traditional shaped gadroon borders. Hand engraved to the edge are two large, matching coat of arms with the motto “Viet Virtute”.

This large size is generally referred to as a second course dish. These plates are even larger and heavier gauge than usual.

Marks. Each is stamped to the underside with a full set of clear and matching English silver hallmarks and a registration mark number 794.

Motto. “Viet Virtute” which translates as “By Strength and Valour”. This motto and the left hand coat of arms are for Sir James Gardiner Baird, 6th Baronet of Saughtonhall in the County of Edinburgh.

The Paul Storr plates are in very good condition. Minor wear and light scratches compatible with their age.