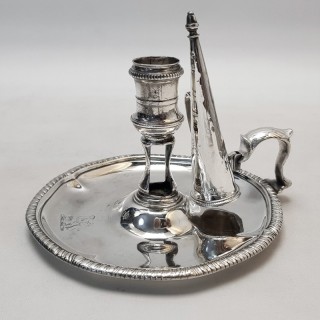 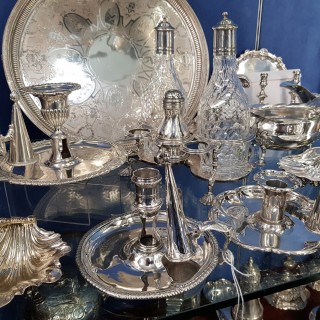 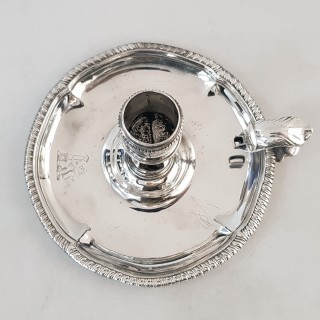 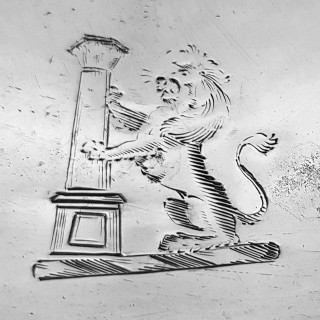 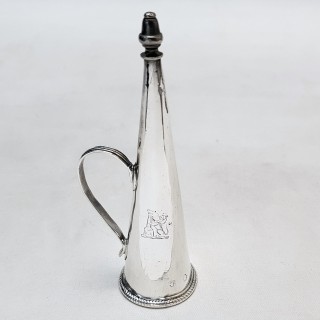 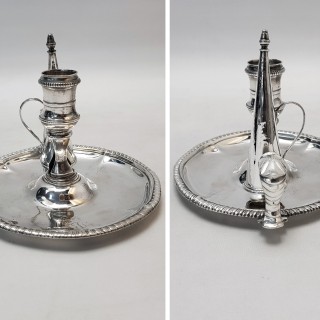 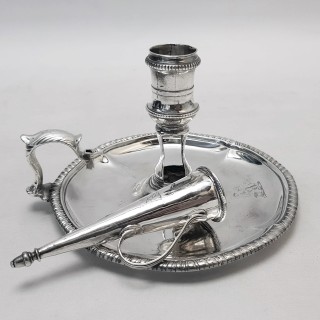 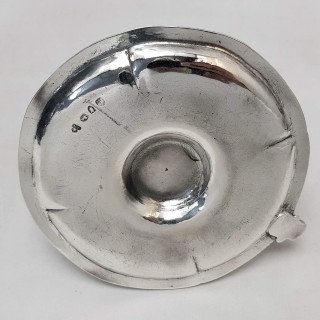 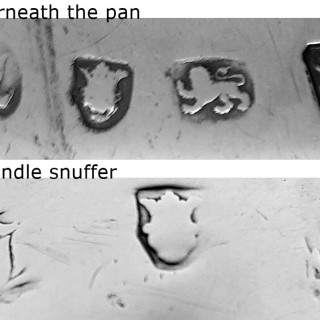 An antique silver chamber stick (also known as a go to bed) of plain design with gadroon borders. Hand engraved with a lion crest to the top of the pan and candle snuffer.

Marks. Stamped underneath the pan with a full set of English silver hallmarks, the snuffer with the leopard, lion and date letters. All matching.

Thomas Heming was apprenticed to Edmund Bodington on March 7, 1738, and turned over on the same day to the Huguenot goldsmith Peter Archambo. In 1745 Thomas Heming entered his first mark. Heming rose to prominence in 1760 with his appointment as Principal Goldsmith to King George III, in which capacity he was responsible for supplying regalia and plate required for the coronation. Heming held this appointment until 1782, when he was ousted after an investigation into his apparently excessive charges. Grimwade (1976, p. 543) comments that “some of his earlier surviving pieces in the Royal collection show a French delicacy of taste and refinement of execution which is unquestionably inherited from his master Archambo.”
It was Lord Bute, one of Heming’s most important patrons, who encouraged this significant new appointment. Heming was the first working goldsmith to hold this post since the early seventeenth century and the majority of pieces were made in his own workshop. The superb quality and refined delicacy of many of the items reflect the influence of Peter Archambo.

Silver chambersticks first made an appearance in the 17th century and early examples are now very hard to find. Originally they were made in sets as a household would need many chambersticks. They were used for lighting the way to bed and because of the movement created when they were carried about they needed a large drip pan to catch the wax. The earliest examples have straight handles (first flat, then tubular) which were superseded in the first part of the 18th century by a ring handle. Gradually the design evolved and from the mid 18th century onwards they usually had a matching conical snuffer although from about 1790 onwards some were made with an aperture at the base of the stem to take a pair of scissor snuffers.