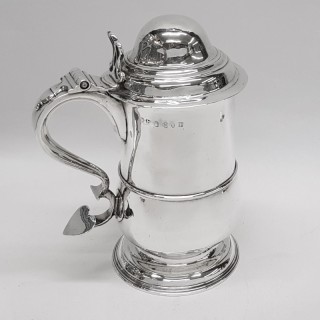 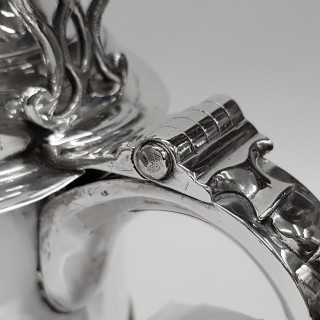 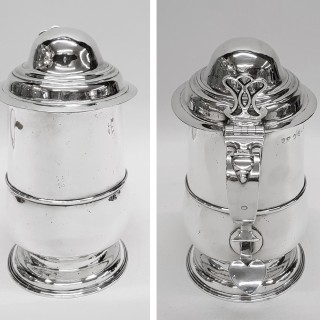 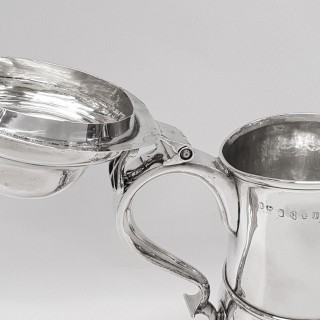 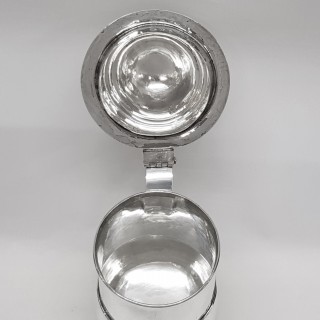 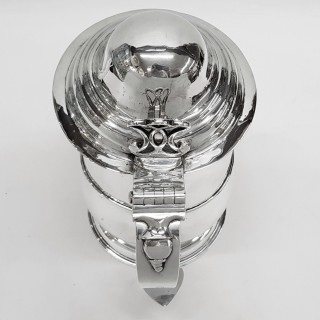 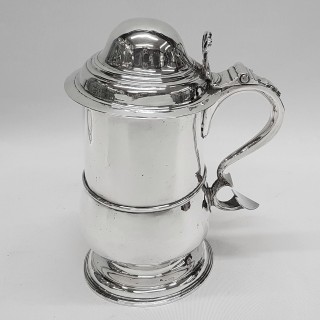 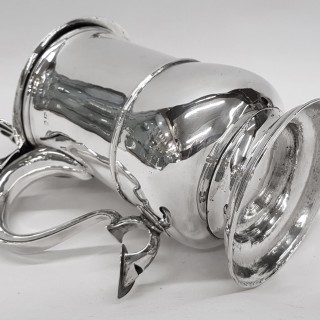 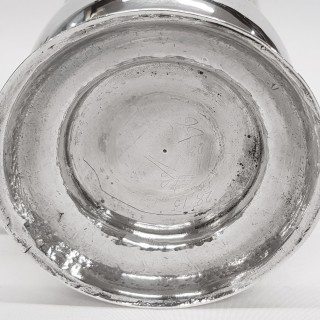 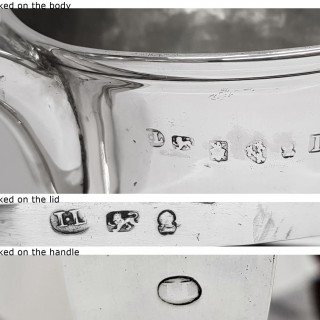 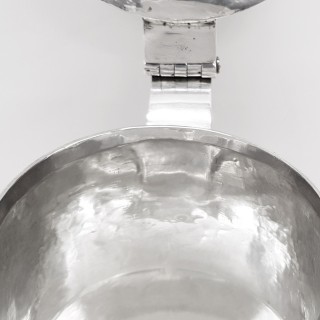 Biography – John Langlands I, 18th century Newcastle silversmith. For more than half a century the Langlands family were the largest manufacturers of plate silver in Newcastle-upon-Tyne. On the death of Isaac Cookson in 1754, two of his former apprentices, John Langlands I and John Goodrick, took over his business. Goodrick died in 1757 and in 1778 John Langlands I took John Robertson I as partner, a well respected partnership which was dissolved in 1795 two years after Langlands’ death. Langlands’ son John II continued the business until his death in 1804 when his widow Dorothy took over until her retirement in 1814.

This fine tankard is in very good condition with no damage or restoration. Uninscribed. Good weight and colour. Stamped on the body with a full set of clear English silver hallmarks, the lid has the maker, duty and lion mark, the handle has the makers mark. There is a mark inside where the top of the handle has pushed through a bit.
Please note that this item is not new and will show moderate signs of wear commensurate with age. Reflections in the photograph may detract from the true representation of this item.