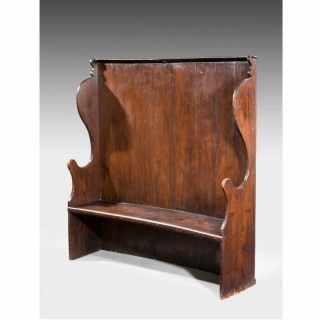 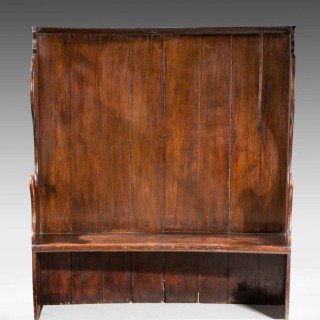 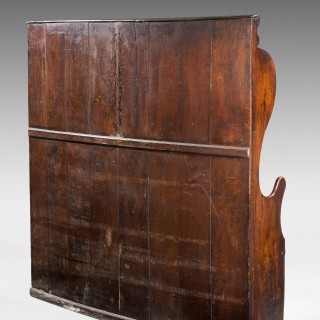 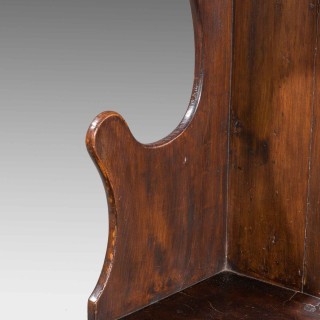 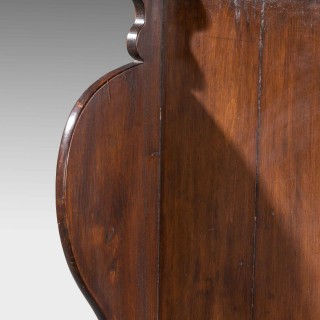 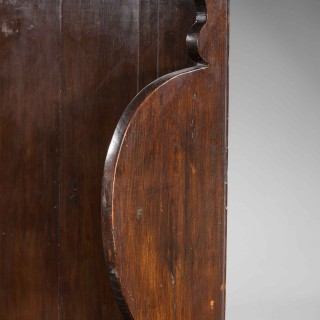 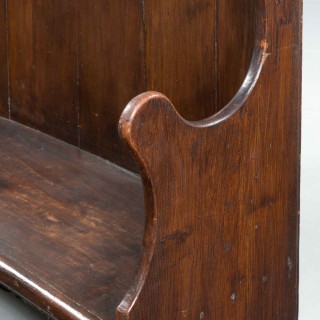 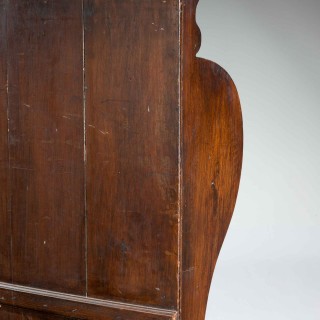 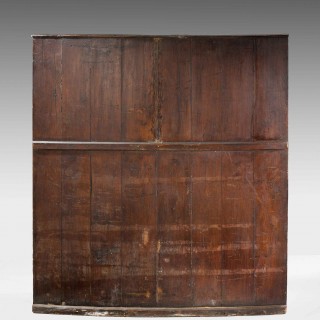 Settles are commonly movable, but occasionally fixed. The settle shares with the chest and the chair the distinction of great antiquity. Its high back was a protection from the draughts of medieval buildings, protection which was sometimes increased by the addition of winged ends or a wooden canopy. It was most frequently placed near the fire in the common sitting-room.
Constructed of oak or other hardwood, it was extremely heavy, solid, and durable. Few English examples of earlier date than the middle of the 16th century are extant; survivals from the Jacobean period are more numerous. Settles of the more expensive type were often elaborately carved or incised; others were divided into plain panels. They were commonly used in farmhouse kitchens or manorial halls.
Elaborate specimens of oak settles with very tall backs, sometimes a cupboard built into them, or a box under the seat, are referred to as “monks settles