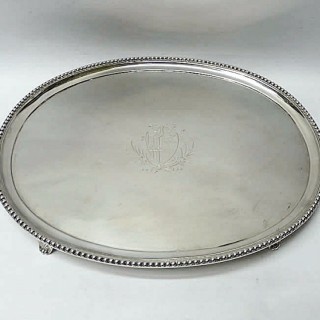 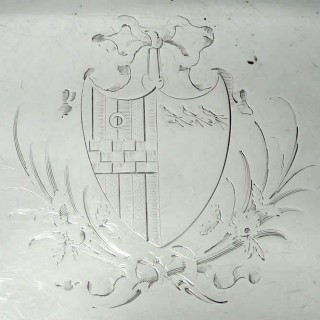 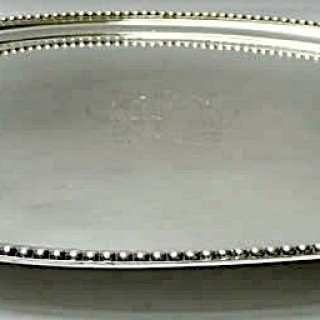 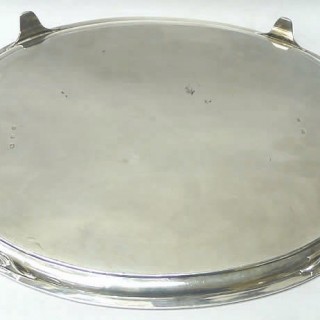 Biography – Matthew Boulton (3 September 1728 – 17 August 1809) was an English manufacturer and business partner of Scottish engineer James Watt. Among the products Boulton sought to make were sterling silver plate for those able to afford it, and Sheffield plate for those less well off. Boulton and his father had long made small silver items, but there is no record of large items in either silver or Sheffield plate being made in Birmingham before Boulton did so. One impediment to Boulton’s work was the lack of a local assay office and Boulton petitioned Parliament for the establishment of an assay office in Birmingham. Though the petition was bitterly opposed by London goldsmiths, he was successful in getting Parliament to pass an act establishing assay offices in Birmingham and Sheffield, whose silversmiths had faced similar difficulties in transporting their wares. Boulton’s distinctive silver mark with two suns is a sign of quality and his work is much sought after.

This lovely salver is in excellent condition with no damage or restoration. The silver marks are clear and easy to read. The engraving is crisp and beautifully executed. No erasures.