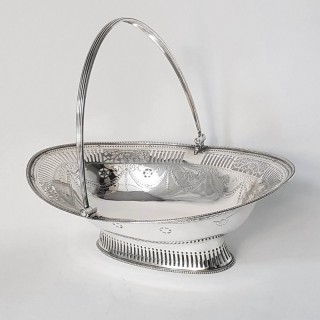 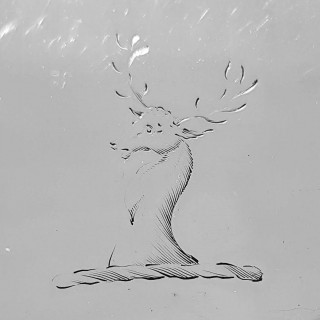 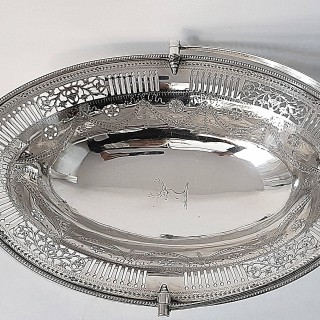 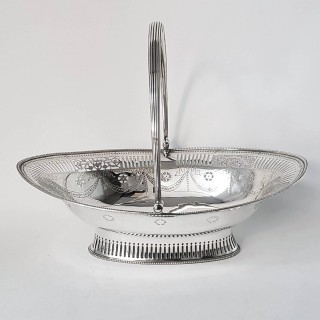 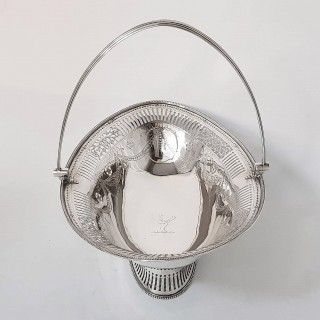 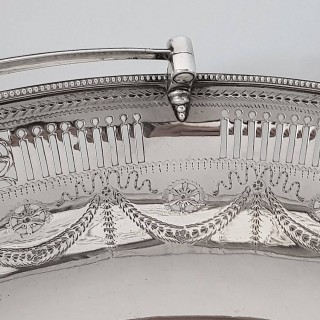 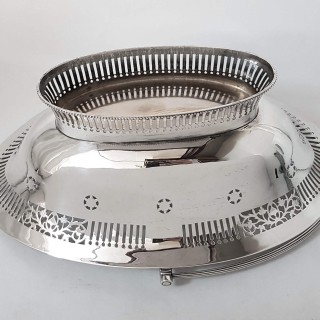 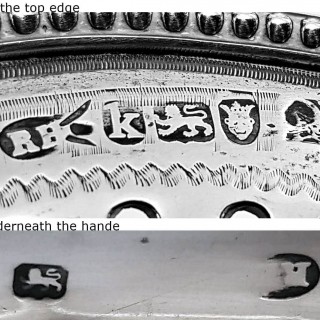 Antique Silver Fruit Baskets are nearly always described as cake baskets but were more commonly used for bread and fruit. Although 17th century versions are known to exist they were not commonly found until about 1735 onwards. Early examples usually have side handles or no handles and tend to be considerably heavier than George III examples and later.

The silver basket is in very good condition. Stamped on the top edge with a full set of English silver hallmarks, handle with lion and makers mark.