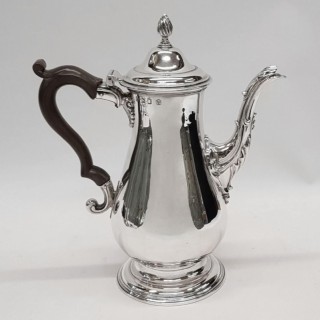 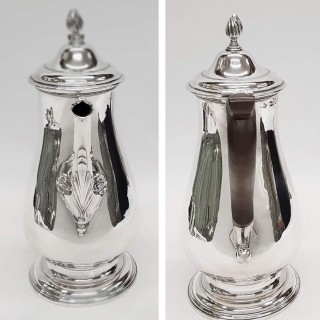 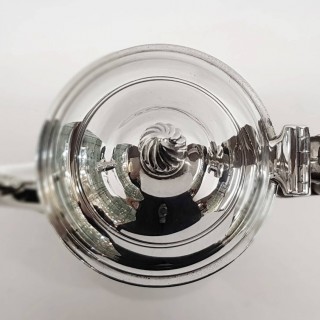 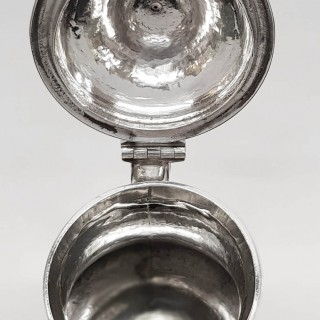 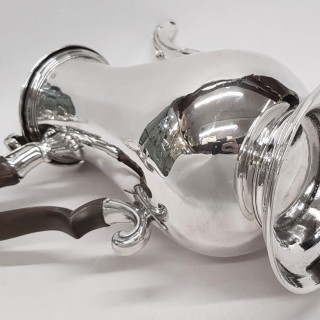 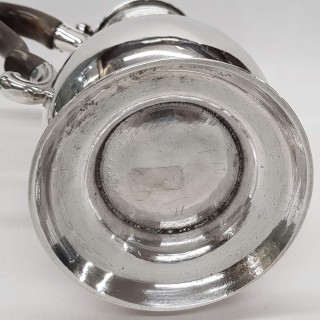 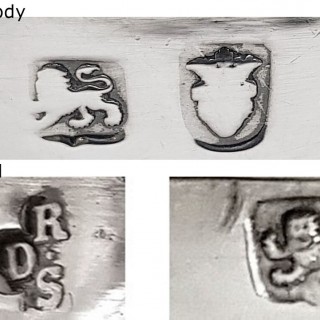 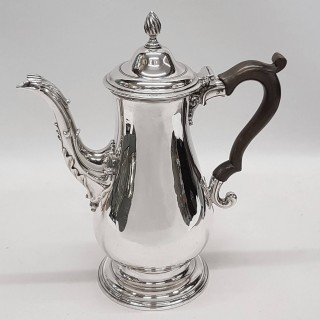 Literature. By the 17th century, coffee was becoming popular across the continent and by the mid-17th century, there were over 300 coffee houses in London attract patrons including merchants, shippers, brokers and artists. Many businesses grew out of these specialized coffee houses. Lloyd’s of London, for example, came into existence at the Edward Lloyd’s Coffee House. Coffee and chocolate were established as part of social life by the end of the century and coffee pots can be found from the 1680’s onwards. Initially, these tall form pots (as averse to the squatter teapot shape) were used for both coffee and chocolate however we term chocolate pots to be those with either a removable finial or removable lid for inserting a swizzle stick. We also nominate some early side handled pots as chocolate pots.

DANIEL SMITH AND ROBERT SHARP
Daniel Smith and Robert Sharp, a London silversmith partnership 1763-1788. A curious characteristic of the marks of Smith and Sharp after the Carter partnership was over, and of Sharp alone in 1788, is that each shows, at the top edge of the punch, traces of the bottom of the initials of the former partner, apparently intentionally. Daniel Smith, apprenticed to Thomas Gladwin of Merchant Taylors Company, free 1753/4. 1st mark c1759. Livery 1765. 2nd mark, with Robert Sharp, c1763. 3rd mark, with Richard Carter and Robert Sharp, 1778. 4th mark, with Robert Sharp, 1780. Smith seems to have retired in 1788 when Sharp entered a separate mark. Robert Sharp, originally of Newcastle on Tyne, apprenticed to Gawen Nash 1747 and turned over the same day to Thomas Gladwin Citizen and Merchant Taylor, free 1757. First mark in partnership with Daniel Smith 1763. Supplier to Parker and Wakelin. His nephew Robert Sharp was apprenticed to his uncle 1771. Second mark as plateworker, in parnership with Richard Carter and Daniel Smith 1778. Third, fourth and fifth marks, in partnership with Smith only again, 1780. This last mark has been ascribed previously to Robert Salmon, spoonmaker.

The silver pot is in very good condition with no damage. No engravings. Good colour. Stamped with a full set of English silver marks on the body, lid with maker and lion mark.